India-China Border Protocol Can’t Work Without A Political Will

Though China is in the mood to continue its saber-rattling, no one is expecting a full-scale war. China’s end game is difficult to fathom. 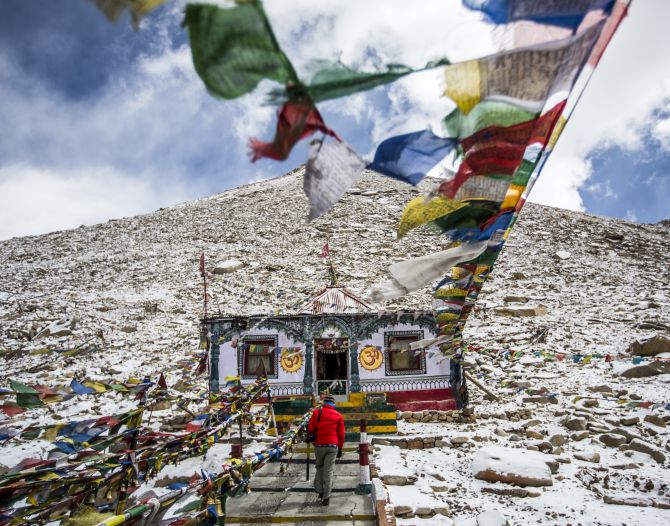 The old mechanism of maintaining peace and tranquillity along the India-China border has broken down. The latest blood-letting in the Galwan Valley, which ironically took place while the disengagement process was on, is a stark reminder that the old methods can no longer work.

Five bilateral agreements signed between India and China in 1993, 1996, 2005, 2012 and 2013 have served their purpose. Some suggest a new border protocol, putting in additional clauses to build an iron-clad mechanism.

However, many former diplomats say that the clutch of existing agreements can still deliver. What is needed is to follow the procedures laid down. “By and large, they have helped to maintain peace though there have been aberrations now and then,’’ said Ashok Kantha, former ambassador to China.

“There needs to be greater clarity on the LAC. Earlier maps were exchanged so that both sides were aware of their respective positions. However, since 2002, China refused to give us their maps.’’

At Thursday’s briefing, MEA spokesperson, Anurag Srivastava, emphasised the need to adhere to the existing agreements.

But are the Chinese in the mood to abide by bilateral agreements? ”All the five agreements have been rubbished by the Chinese,’’  says defense analyst Praveen Sawhney. That means the People’s Liberation Army discarded the protocol when they advanced into Indian territory.

According to the latest satellite images, the PLA troops are back in Galwan and reportedly digging in and building structures. They have advanced into Indian territory in Depsang. The Inflection points besides these two areas are Pangong Tso, Demchok, and Daulat Beg Oldi.

At the same time, China continues to observe the diplomatic niceties and make the right noises at virtual bilateral meetings. The 15th meeting of the Working Mechanism for Consultation and Coordination on India-China Border Affairs (WMCC) was held on Wednesday.

Also Read: Believe It Or Not, China Has Been Grabbing Land For Forty Years, Say Ladakh Residents

At the end of the discussions, New Delhi released a statement which said that the two sides discussed in detail the developments in the India-China border areas. “The Indian side conveyed its concerns on the recent developments in Eastern Ladakh, including on the violent face-off in Galwan Valley area on 15th June that had resulted in casualties. In this regard, it was emphasized that both sides should strictly respect and observe the line of actual control.’’

On the same day as these virtual talks were held, China’s defence ministry spokesman said: “China has sovereignty over Galwan valley. For many years Chinese border guards have been patrolling and performing their duties here.’’

The foreign office reiterated this view. “In the presence of China’s diplomatic representations and military pressure, India originally agreed to withdraw its personnel who crossed the LAC and dismantled the facilities it built across the line as China demanded.’’ This is China’s claim.

Clearly, China is in no mood to compromise and is bent on getting Indian territory. It is now shifting goalposts and claiming areas which it had not done for several decades. In fact the last time China laid claim to Galwan was in  November 1959. The late premier Zhou Enlai in a letter written to Jawaharlal Nehru mentioned it. But in the intervening years, this was never raised not until now.

China’s current strong-armed tactics fall into a pattern. The fresh claims on Ladakh are in keeping with Beijing’s territorial action over islands in the South China Sea, around the East China Sea and the Taiwan Strait. China’s growing military and economic clout have made it the pre-eminent power in Asia. Beijing is now competing with the US for dominance. President Xi Jinping now believes it is time for China to assert itself. Well aware that the US is hoping to build India as a bulwark against China in Asia, Xi is possibly sending a message to India: we share a border and we can activate the border at will.

Though China is in the mood to continue its saber-rattling, no one is expecting a full-scale war. China’s end game is difficult to fathom.

Until the boundary between India and China is fixed, the situation will continue to simmer. Nearly 22 rounds of border talks between the two countries have not led to a permanent solution. Meanwhile, it is time for India to take a hard look at its China policy.