Can India Afford To Miss The Artificial Meat Bus?

Cultured meat and its technologies are critical for a world getting deeply impacted by climate change. India can least afford to ignore this technology. 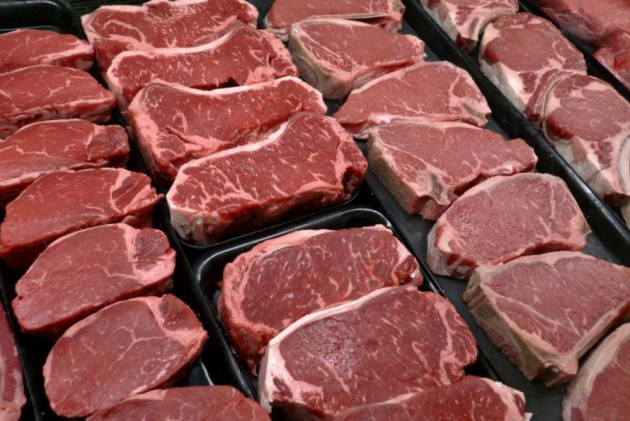 The Intergovernmental Panel on Climate Change (IPCC) of the United Nations has come out with its latest report which has dire warnings for the world. The report says that this is perhaps the last year when humanity can pull back from a devastating climate change process that will be irreversible unless we critically cut back on greenhouse gas emissions. Surprisingly, one of the biggest contributors to greenhouse gas emissions is livestock raised for meat consumption, contributing to over 14% of all greenhouse gas emissions.

So, should we stop consuming meat immediately? Such a proposition is difficult to implement as a significant percentage of the global population have meat as part of their diet. So, what is a way out of this situation? Again, science and technology have a solution that was dreamt of over a hundred years ago– artificially produced meat in labs. What is artificial meat? Artificial meat, or more accurately, Cultured meat, is meat produced by in vitro cell cultures of animal cells. It is a form of cellular agriculture. It basically takes a single cell of an animal and reproduces the same in the lab to make large chunks of uniform meat.

Cultured meat is still not a “stablilized” technology as there are still numerous challenges in being able to grow artificial meat at a commercial scale that completely looks and tastes like real meat and can be produced at a lower cost and with a lower environmental footprint compared to current livestock-based meat production. It also required fetal bovine serum that involves killing pregnant cattle. Although such issues are also getting technologically resolved to produce meat where no animal has to be killed, there are other issues such as being able to grow fat and muscle cells together, just like in real meat. There are also regulatory and ethical challenges. However, cultured meat will have a very significant impact on our lives and our food industry at this current juncture when we have an extremely inefficient manner of livestock-based meat production that is significantly responsible for deforestation and for greenhouse gas emissions. In fact, the current livestock-based meat production is just not sustainable, besides the fact that it is cruel.

In fact, one of the first peer-reviewed papers on the matter was published by Jason Matheny of the US, after he travelled to India and visited a chicken factory farm. He was appalled at the conditions at the farm and upon his return to the US, set forth to work on cultured meat. His findings were published five years later.

Thus, if we move to cultured meat, we may be able to stop the irreversible climate change from happening. In case we are not able to stop climate change from happening, we will see large scale destruction of grasslands that are critical for raising livestock. In such conditions of the future, it would again be cultured meat that would be able to feed the global population. Hence, any nation that is ignoring this technology, is doing so at its own peril.

Cultured meat also has interesting cultural questions for a country like India where we have a large number of vegetarians. For example, if cultured meat does not involve the killing of any animals and is not derived from a living thing, then is it a non-vegetarian food or can it be considered to be vegetarian? Can vegetarians eat cultured meat as their source of protein?

Even more interesting to note is that the same technology used for manufacturing cultured meat can also be used to manufacture fruits and vegetables and cereals and pulses. All agricultural produces can be manufactured in the same manner, thus reducing pressure on land and reversing deforestation. This is critical from an environmental perspective. Also, we would not need to spend enormous amounts on supply-chain and trucking costs in transporting food from rural areas to urban areas as the food can be manufactured in urban factories, thus further reducing greenhouse gas emissions. Imagine producing only the mango flesh and no mango seed or mango skin. It would indeed be heaven to be able to bite into endless mango of different varieties, produced at the local food factory.

Such technology also has deep implications for space-faring. One would not need to carry large amounts of food to space, as astronauts would be able to manufacture meals in small Petri dishes. It would save on the weight of food to be hauled up to space.

The implications of cultured meat are enormous. Thus, we have start-ups and government-funded laboratories jumping into the fray and we have deep involvement from entities in US, Europe, Argentina, Australia and Israel. I would not be surprised if China also has its own entities doing research and development in this area. However, India with over 16 percent of the global population, seems to be starkly missing in this race, again letting the bus pass by. India can hardly allow this to happen and needs to urgently jump into not only cultured meat but also cultured agri produces.