Coronavirus pandemic is, beyond reasonable doubt, an outcome of criminal negligence on the part of Chinese authorities, writes Lt Gen (retd) Subrata Saha 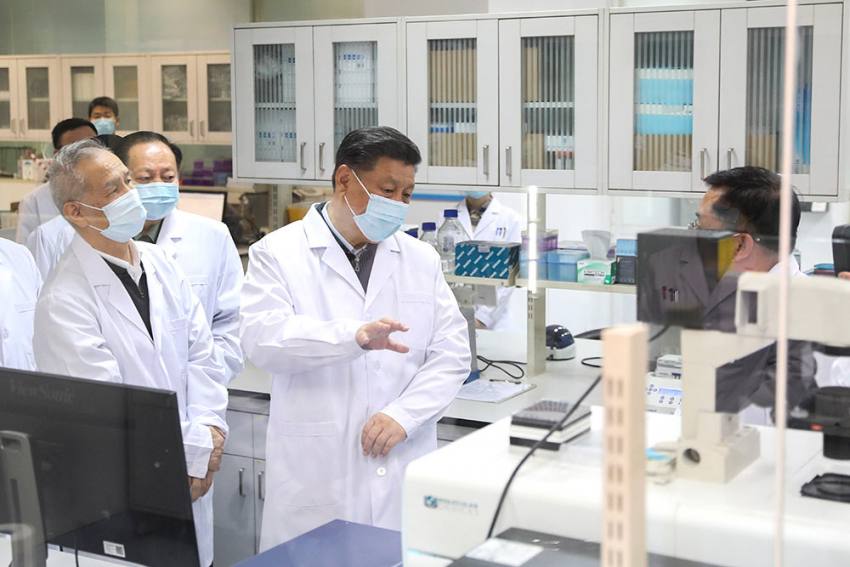 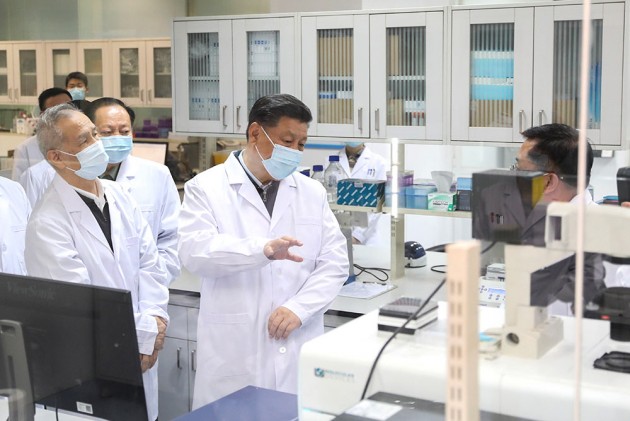 The deadly novel coronavirus has affected 170 countries and territories. Nations are fighting the crisis on a war footing. Countermeasures being taken are that of a biological war. Coronavirus pandemic is, beyond reasonable doubt, an outcome of criminal negligence on the part of Chinese authorities. The war-like devastation caused by Coronavirus calls for the complicity of Chinese leadership to be dealt with like war crimes.

Going by the conventionally understood rules governing warfare i.e. the principles of ‘Jus Ad Bellum’; right authority, right intention, reasonable hope, proportionality, and last resort; this may raise doubts for its justification as a ‘classic case of war’. But ironically, it was Qiao Liang and Wang Xiangsui of China’s People’s Liberation Army who, two decades ago, grandly announced, “the first rule of unrestricted warfare is that there are no rules, with nothing forbidden."

Qiao Liang and Wang Xiangsui, in their book titled ‘Unrestricted Warfare,’ published in February 1999, cited several instances of non-conventional attacks, to state that “[Warfare] has only re-invaded human society in a more complex, more extensive, more concealed, and more subtle manner.” This has inspired new paradigms of conflict.

It is significant that through the last decade, China has been focusing on biological warfare and integration of biotechnology with information technology in their military doctrine. It has been actively embedding, even sponsoring its people, in academic institutions in the West to gain access to high-end technology.

Pointing towards possible preparation for biological war, Dany Shoham, an Israeli Senior Researcher, in a recent article published by IDSA, Delhi, highlights that in July 2019, a group of Chinese virologists were forcibly sent off from the Canadian National Microbiology Laboratory in Winnipeg, for illegally shipping two exceptionally virulent viruses – Ebola and Nipah to China. According to him, the ‘main culprit for the breech’, was Dr Xiangguo Qiu, an outstanding Chinese scientist, who was heading a section of the Special Pathogens Programme at Canadian National Microbiology Laboratory. Dr Xiangguo Qiu had many Chinese students in her research team in Canada, from a range of Chinese scientific facilities, four of which were regarded to be part of the Chinese biological weapons programme. Interestingly, China was funding eleven programmes for research work at Canadian National Microbiology Laboratory, under the leadership of Dr Xiangguo Qiu.

Indicating that the Coronavirus may have leaked from a lab, the New York Post in an article dated February 22 points to the release of a new directive by the Chinese Ministry of Science and Technology, titled: ‘Instructions on strengthening biosecurity management in microbiology labs that handle advanced viruses like the novel coronavirus.’

Authorities in China most likely knew of the devastating potential of COVID-19 and attempted to conceal facts. According to reports, “the first case confirmed to be COVID-19 infection was on December 8, 2019. However, doctors in Wuhan, and throughout China, were ordered “not to disclose any information about the disease to the public.” It is only after the first case of Coronavirus in Japan on January 15, 2020 raised possibility of human-to-human transmission, and videos of people dropping dead on Wuhan streets went viral, that Chinese authorities admitted to human-to-human transmission of the virus on January 23.

Highlighting the negligence, Katsuji Nakazawa, Senior Staff writer for Nikkei, Japan in his report dated March 19 states, “the Chinese government locked down Wuhan on Jan 23, halting all public transportation going in and out of the city. The following day an order was issued suspending group travel within China. But in a blunder that would have far reaching consequences, China did not issue an order suspending group travel to foreign countries until three days later.”

According to a report published byThe New York Times on 22 March, “at least 175,000 people left Wuhan on 1 January 2020. The departures from Wuhan accelerated over the next three weeks. About 7 million people left in January, before travel was restricted.” The New York Times researchers believe, “about 85 percent of infected travellers went undetected. But they were still contagious. [By the time] Wuhan was placed under a lockdown and airlines started cancelling flights… outbreaks were already growing in over 30 cities across 26 countries, most carried by travellers from Wuhan.”

Having caused havoc across the World, China has embarked on a massive propaganda drive now, to tell its own people, and people the World over, on how effective China’s countermeasures have been. It has also gained a head-start in the post-corona recovery.

The Coronavirus pandemic raises serious questions about China’s conduct. First, is China’s active engagement in developing biological agents capable of mass destruction? Second, why was critical information concealed for so long? Third, why were millions of travellers from infected Wuhan allowed to travel across the World and other cities in China, propagating the disease? Fourth, shouldn’t there be accountability by China, commensurate with devastation caused? And fifth, ought not ‘unrestricted warfare’, be brought in the purview of international rules?

China must acknowledge its mistakes and offer to pay compensation for those who have died and bear medical expenses of others. It is in China’s interest to do so, to regain the trust of the international community.

In case China continues to obfuscate the issue and seek to profit from the catastrophe, there must, at the very least, be outright international condemnation of China for concealing information from its own people and the rest of the world. The international community must unite to ensure China doesn’t take undue advantage of the weakened dispositions of other countries affected by the pandemic. In the medium to long term, supply chains involving China must be reworked. China’s attempt to realign globalisation to be at the centre, with its ‘One Belt One Road’ initiative, must be checked. This crisis has also raised doubts on the vigilance and effectiveness of the World Health Organization (WHO), which is expected to be at the vanguard. Cautious counsel may also argue that any attempts to impose the UN sanctions will be vetoed by China. However, this crisis is an opportunity for international bodies to revive the trust in them. If the Security Council fails, the General Assembly should come together to take appropriate action.

(The author is Member, National Security Advisory Board, and former Deputy Chief of Army Staff and Kashmir Corps Commander. Views expressed are personal.)