Institutionalizing Technology Acquisition – Not A Flight Of Fancy

From technology comes wealth. Hence there is an urgent need for technology acquisition in an institutionalized manner and also focus on urgently acquiring Embraer of Brazil. 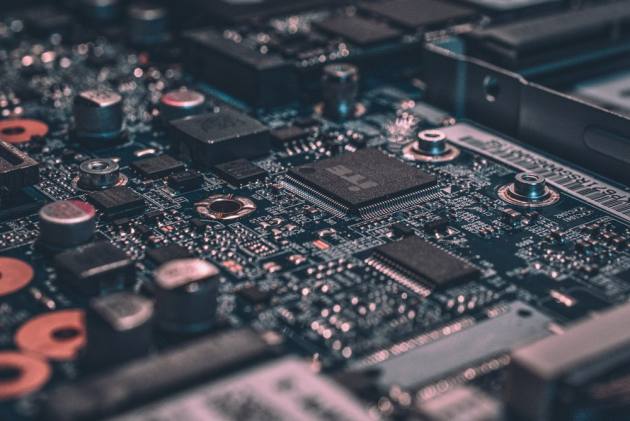 India did not get rich two centuries ago by exporting vegetables and on the back of only agricultural produce exports to the rest of the world. The gold of the world did not flow into India in exchange for shiploads of vegetables being sent from India. India’s wealth, till two centuries ago, was mostly acquired by selling technology-driven products.

What were these products? From wootz steel (used for weapon-making and making of the famous Damascus steel) to zinc, to mega-ships, India sold all of these to the rest of the world. 50% of the entire Netherland’s textiles and 80% of its silk came from Bengal in the 17th century – both textiles and silk are products of technology.

So great was the threat of superior Indian ships which were driving British shipwrights to starvation, that a pair of legislations had to be enacted by the British parliament to throttle and kill the Indian shipbuilding industry, to save its struggling industry. The first legislative act of 1813 prohibited ships below 350 tonnes from plying between the Indian colonies and the United Kingdom. That took away 40 per cent of Bengal and Surat built ships out of the lucrative India-England trade. The second Act in 1814 denied Indian-built ships to be registered as British to trade with the United States and the European continent.

As per the archives of the British Parliament, a petition of several ship-builders of Great Yarmouth was presented to the British parliament on Feb 5, 1813. The petition begged that letting India-built ships to compete with British ships “will render precarious the means of maintaining his Majesty's navy, and especially of fitting out with dispatch his Majesty's fleets on pressing emergencies, and will thereby undermine that great bulwark of our independence and greatness as a nation.” This was the “atmanirbhar” steps taken by the British in the 19th century, to protect themselves from the onslaught of the superior Indian ships.

The petition stated, “there never was a period when it was so necessary to confine the carrying trade of the country to British-built ships, from the utter inability of the owners of them to enter into a competition with the owners of (East) India or other foreign ships upon terms at all like equality”. It is a recorded admission of the British of their inability to compete with the India built ships.

The petition went on to request “that in future ships built in Asia, and the islands thereto adjacent, may be prohibited by statute from being admitted to the registry, and the privileges of British-built ships.”

Subsequently, on Tuesday, June 6th, 1815, during the debate on the East India Ships Registry Act, Mr Wallace is recorded to have argued that “You protect the cotton manufacture—you protect other manufactures—Why not that of ship-building?”. He went on to state about India-built ships that “The advantages they possessed, arose from their superior durability, the less frequent necessity for repair, and the benefit of a home freight. These were the advantages which, it was said, created so decisive a preponderance in favour of Indian building, as to require legislative protection against it.”

Why am I delving so deep into just one piece of technology – shipping? It is because many of the readers of my column have come back asking for more details of similar assertions of mine in previous articles. I had previously also mentioned that the British parliament had enacted laws to protect its infantile shipbuilding industry from the superior Indian ships, to back a general policy of using a combination of regulations, standards and incentives to protect domestic industries and to acquire technological competitive advantage.

I have also received feedback that my articles do not go into the details of how some of the policy recommendations can be implemented. Unfortunately, an 800-word article cannot substitute for a properly crafted DPR.

Also, the above example amply demonstrates the role of government in ensuring that its domestic economy gains a technological edge. Similar principles have been followed by the USA, Japan, South Korea and China, as has been covered in a series of articles I wrote in this column last year.

What India sorely lacks is a dedicated institutionalized approach to acquiring technology, in whatever manner is necessary to acquire the technologies.

As you read this article, India seems to be missing the bus on acquiring a Brazilian aerospace behemoth, the Embraer. Embraer is up for sale for a reported amount of USD 4 billion. The Brazilian Embraer manufactures a multitude of commercial and military transport aircraft. It even has a project for manufacturing fighter aircraft. Now Airbus’ forecast of Indian civilian aircraft requirements is 1,750 aircraft in the next twenty years. This is USD 225 billion worth of purchases or roughly 9% of the current Indian GDP. This excludes the purchases of military transport aircraft and AWACS platforms by the Indian Airforce. By the way, the DRDO’s indigenous AWACS already use Embraer aircraft as their platforms. The military transport aircraft requirements are estimated to be another USD 3 billion of purchases. Isn’t it obvious that India should pick up this aircraft manufacturer?

What will India gain out of picking up this aircraft manufacturer? If India tries to build a similar company from scratch, it would take at least 80 years and several billions of dollars of taxpayer money to do so, if at all it can be done. The challenge with modern technology is that by the time you catch up with the state of the art, the state of the art has significantly evolved, and hence you do not find a foothold in the commercial markets. Hence, purchasing a company that has the technologies now, will give a quick leg-up to India’s aviation industry.

It would also provide an advantage in the combined Brazilian and Indian market, and as we noted, the Indian market in itself is humungous. Can India do what the British did in 1813 to protect their shipbuilding industry, to ensure that India can do a market-leveraged buyout, through a private-sector vehicle, backed by a consortium of banks, and gate-crash into the global aviation industry?

Needless to say, it would also strengthen India-Brazil cooperation and South-South cooperation.

For sure India is in some form of discussion with Embraer of Brazil. But the offer has been on the table for over a year. India cannot afford to have a slow-paced discussion. Imagine if the Embraer of Brazil is acquired by a Chinese entity? It would be a double blow to India.

One of the reasons why India is not able to respond quickly is a lack of an institutionalized approach for acquiring the technology. India needs to quickly build the institutional structures required to acquire strategic technologies. And while the institutional structures are being put into place, we should quickly acquire the Brazilian Embraer to achieve dominance in the aerospace industry. This is not a pipe-dream or a flight of fancy. This is in the realm of reality.