Need Police Reforms Or Else The Malaise Will Continue

What we need to bring in is a cycle of trust and an honest, progressive and positive police department, which delivers services with passion. 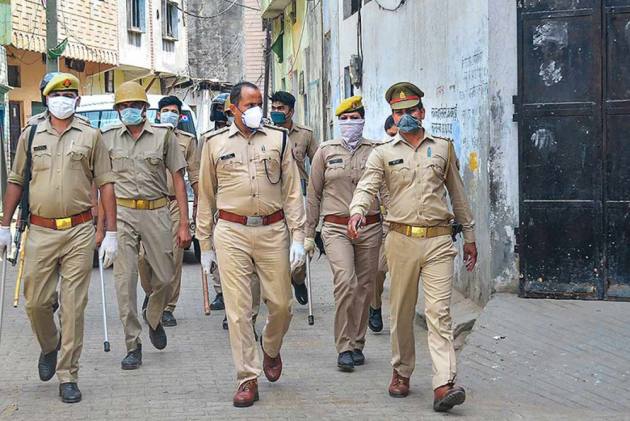 The malaise that has seeped into present-day policing and the police system since 1861 is likely to continue if no honest reforms are introduced immediately. They need to be implemented with all the sincerity of all the stakeholders in the criminal justice system.

I am supposing that the modern-day police system has its genesis in 1861 Police Act which was introduced by the British in the aftermath of the First War of Independence. It had all the elements of subjugation and lacked any faith in the lower echelons of the police system as these were primarily manned by “natives”. Thus, they introduced provisions like making a statement given before a police officer inadmissible in a court of law.

Even after 75 years of Independence, no effort whatsoever has been made to remove these provisions and the mistrust. The deeply-embedded distrust has given rise to the present-day system, which supports the vicious cycle of mistrust and untrustworthy activities.

The resultant distrust in the department has now been normalised. And the time has come to reverse the cycle and the politicians, especially the home minister, have to take the initiative to bring in certain provisions that instil a sense of trust in the police officers. What we need to bring in is the cycle of trust and an honest, progressive and positive police department, which delivers services with passion.

Whatever has happened in Mumbai police recently is a symptom of the deep-rooted disease which is not specific to Mumbai police, but is existing in all the police departments across states to varying degrees. The question is why should there be anybody bigger than the system? Why should any police officer be given the epithet of an encounter specialist? Why should there be certain individuals who are seen as indispensable to the system?

The answers to all these questions lie in a non-functioning criminal justice system. When the victim does not get justice in a reasonable time, he resorts to quick-fix results and these results are provided by these “encounter specialists”, who start small and become big over a period of time and create situations like what happened in Mumbai. Having acquired a larger-than-life image, they start appearing in the Durbar of the high-and-mighty, who use them for their own nefarious designs.

You may have seen this phenomenon in Delhi, Maharashtra, West Bengal and Gujarat among other states. To bring about change in this situation, we need to bring in a better, reformed criminal justice system. The first step in reforming police should be to bring out the “Dharamvir” Commission report submitted to the government in 1978 and start implementing the recommendations very sincerely and transparently throughout India.

An attempt was made earlier also by a group of senior IPS officers, who filed a writ in Supreme Court. Even though the Supreme Court asked the states to implement the same in a time-bound manner, the exercise proved to be a half-hearted approach. No politician worth his name was ready to divest his powers over the police, and the accountability of the police could not be changed from a person (senior officers, politicians) to law (the statutes created by Parliament).

Today, the police department is accountable to senior formation in the department, to bureaucrats and the politicians. It is because of this the situation such as Mumbai arises as they control the transfers, postings and promotions of the police officers, and expect something in return which may be monetary gain, intimidation of the opposition, utmost loyalty etc.

Think of a situation where there is an ever-increasing demand for transfer of a small case to CBI/NIA etc as there is declining faith in the local police, especially in a state run by a different party. Or think of another situation where the election commission bans the local police from manning polling booths on the Election Day. Both the situations are unfortunate when the saviour of society, that is the police are not trusted and a different agency manned by some police officers are told to take up a particular case or man the polling booths.

Earlier, when administering a district in Delhi Police, I had given a formulation for my men to improve the functioning of the police. It is what I called ART of policing.
A: Accountability to law and no one else.
R: Responsiveness towards the public and nobody else.
T: Transparency in whatever we do.
These three mantras were on the walls of all the police stations/offices. The briefings of police personnel were centred around these mantras. All the senior officers were also oriented towards these and all the men were made equal stakeholders in implementing them.
And the results were very positive and the entire system rose to the occasion leading to our district being adjudged the best on all parameters. Another lesson learnt was that the police leaders i.e. IPS officers have to take the leadership role and reverse the existing situation.

(The author is a retired IPS officer. Views expressed are personal and do not necessarily reflect those of Outlook Magazine.)