Pakistan And The Curious Case Of Rollback Khan

Pakistan had to acquiesce to importing sugar and cotton from India, against the wishes of its internal stakeholders. India needs to secure its supply chains to avoid a similar situation. 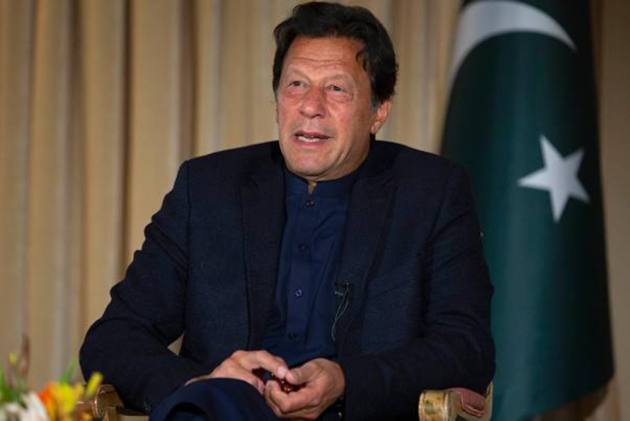 Within a span of a day, Pakistan Prime Minister Imran Khan, went from announcing his decision to import sugar and cotton from India, to immediately rolling back the policy. Even though one does observe that the rollback happened on April 1, a day celebrated as Fool’s day, when pranks are played out, the rollback of the policy to procure sugar and cotton from India, was not a prank.

Two obvious questions get raised on this curious case of policy rollbacks by the Pakistani government. First, why did a government that is backed by the all-powerful Pakistani army, decide to import products from India and thereby benefit India? And second, why did this strong Pakistani government have to rollback the policy within a day?

The answer to the first question is contrary to the portrayal that this was a peacenik move from the Pakistani government. The decision to import sugar and cotton from India, was a decision made in desperation. The Pakistani economy has been ravaged not just by COVID, but by a massive Chinese debt, mismanagement of the economy, corruption, creaking infrastructure and misallocation of resources, where a significant portion of the resources are sucked up by the Pakistani army and for funding terrorism. The impact of that has been a surge in inflation and massive impact on one of the largest industries in Pakistan, the textiles industry.

Data released by the Pakistan Bureau of Statistics showed that higher food prices, particularly those of essential commodities, were the largest driver of overall inflation. Food inflation in Pakistan had touched 14.6% in January of this year, driven by shortages in wheat and sugar. A commission was setup to enquire in the sudden disappearance of wheat and sugar from the markets and the outcome was predictable – it was due to mismanagement of wheat procurement and due to cartelization by the sugar mills. Clearly, to get inflation back under control, the government desperately needs to get cheap sugar from somewhere. This is a matter of legitimacy for the government. And this is where India, the Pakistani army’s bogeyman for justifying their existence, comes in, to save the Pakistani government from losing their legitimacy, by supplying cheap sugar.

And hence, in spite of the current government being backed by the Pakistani army, it was with the blessings of the Pakistani army, that Imran Khan had to ask for Indian sugar, camouflaged in the face-saver of being a peace overture. If Pakistan really wanted trade to be opened up with India, it would have picked up polypropylene, reactive dyes, pharma and tea instead of sugar, as these items form the largest share of Indian exports to Pakistan. So clearly, peace was not the driving factor. Internal exigencies were the driving factor for this policy move.

But why cotton? Cotton does not lead to food inflation. So why did Pakistan become desperate to import cotton from India? It is because cotton feeds one of the largest industries of Pakistan, the textiles industry. Textile industry is critical for the Pakistani economy. It accounts for roughly 45% of total exports of Pakistan and employs 20% of all workers in Pakistan. With shortage of cotton having a crippling effect on the textile industry in Pakistan, it became critical for the Pakistani army to allow Pakistan to import cotton from India.

Then why did Pakistan reverse these policies within a spate of 24 hours? It seems that the Pakistani power stakeholders are so blinded by their own fabricated adversarial position with India, that a set of powerful stakeholders in Pakistani governance structure, was able to steamroll the government in backtracking on this trade policy, a policy that was critical for saving Pakistani economy and jobs. A classic case of cutting the nose to spite the face.

However, that is not the key takeaway from this curious case of the rollback Khan. The key takeaway is the economic fragility of Pakistan and a learning that India itself needs to develop a strong diversified economy, that has high value addition. This in turn implies having industries that are highly driven by technology. This also implies that India must doggedly pursue technology acquisition.

Now clearly, Pakistan is no benchmark for India. India has a significantly stronger and more diversified economy. However, when we compare the Indian economy with the USA or China, we have an economy with fragile supply-chains, much of which is dependent on imports from other nations, some of which are adversarial to India’s interests. The same way that Pakistan had to swallow its self-created egoistic position with India to even consider importing commodities from India against the approval of key internal stakeholders, India too should not sleepwalk into a situation where India is sprawled in front of other nations, in order to secure its supply chain. A classic example being our outrageously heavy dependence on China for API’s for medicine and on Taiwan for semiconductors.

India needs to significantly accelerate its technology acquisition and be ready to invest considerable amounts for such an initiative, if India has to avoid the situation that Pakistan finds itself in.

(Dr Jaijit Bhattacharya is President of the Centre for Digital Economy Policy Research. Views are personal, and do not necessarily reflect those of Outlook Magazine)