Peace Prize For The Nuclear Bomb?

The nuclear bomb has contributed to peace for over 75 years where the United Nations has failed. 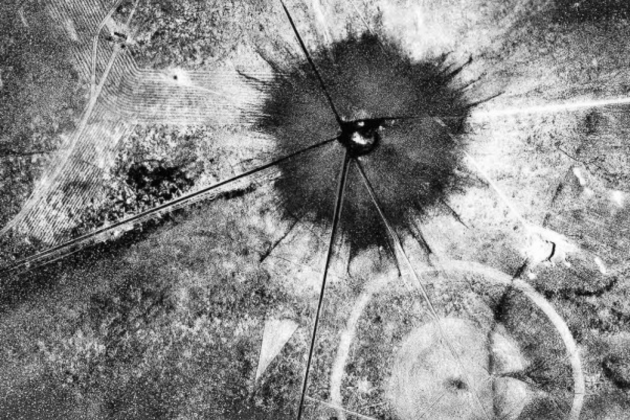 The nuclear bomb was first used for one of the biggest terrorist actions in the history of humankind. As per the definition given by the UN panel, on March 17, 2005, terrorism is as any act "intended to cause death or serious bodily harm to civilians or non-combatants to intimidate a population or compel a government or an international organization to do or abstain from doing any act.” The purpose of bombing of Hiroshima and Nagasaki on August 6th and 9th of 1945, that killed millions of civilians instantly, and killed many more painfully over the years, was only to intimidate the Japanese government into submission. It was indeed the most gruesome act of terrorism in the history of humans.

So then why should I be seeking a global recognition for the contributions made toward world peace by the nuclear bomb? It is because the Bomb (referring to the nuclear bomb) was arguably the key deterrent for stopping the outbreak of any large scale global conflict since 1945. There has not been a repeat of the intense savagery of World War II that was played out in Europe and in other places of the world, driven by power-hungry western nations. We have had smaller conflicts around the world, but we have not had any major global flare-ups. Even at the peak of the cold war between the USA and its allies and the Russian bloc, the Bomb ensured that the war stayed cold, and never heat up, except for small proxy wars in places such as Korea, Vietnam, Afghanistan and so on. The closest that the world came to a global war breaking out, was the Bay of Pigs – Cuban missiles crisis incident, and there too, the threat of mutual destruction due to the Bomb, ensured that better senses prevailed.

One may argue, that it was not the Bomb but the effective operationalization of the United Nations that really prevented any major conflicts. That would be naïve at best. The United Nations was conceived from the ashes of the League of Nations that was formed after World War I, to prevent another World War. The institutional structure of the League of Nations itself ensured that all nations do not have an equal voice, and hence it fell like a house of cards as the Japanese representative walked out with a single phrase – “Japan rejects”. This was the rejection of the commission of inquiry report that found Japan to be in violation of the League’s Covenant for its invasion of Manchuria. Also, the then powers were reluctant or incapable of imposing any sanctions on Japan. The Japanese rejection of the commission of inquiry report led to a series of events that led to the collapse of the League of Nations, coinciding with World War II.

If we look at the United Nation as it stands today, tiny nations such as UK and France are permanent members of the supposedly powerful UN Security Council, while nations such as India, Indonesia, Bangladesh, Nigeria and Brazil, which together constitutes over a quarter of global population, are pretty much kept at the fringes. Even from a GDP perspective, it leaves out India and Japan, who have two times and three times the GDP of Russia respectively. There are clearly fault lines in the institutional structure of the UN. The UN bodies are also susceptible to “capturing”, as has been the murmurings on the various bodies of the UN, with the WHO being a case in point. The WHO’s dealing of the Wuhan pandemic, and its unnatural pandering to China’s untenable narratives on the Wuhan virus, exposed how a UN body can be compromised.

Scrutinizing the report card of the UN more closely, it was unable to stop the annexation of Tibet, by China. It was unable to stop the Iran-Iraq wars or the North Korea-South Korea wars or the Ehtiopia-Somalia conflicts or the Kosovo conflict or many of the smaller wars all over the world. It was also unable to stop the marching of US troops twice into Iraq and once into Afghanistan. The only pattern that one sees in these wars is that they were all between either non-nuclear nations or where one of the nations involved in the conflict was non-nuclear. Nuclear nations did not go to war with each other, till we had the Kargil war between Indian and Pakistan. And even the Kargil war did not flare up to a full-fledged war due to the overbearing threat of a nuclear war. So clearly, the UN has not been able to fulfil its role of preventing conflicts, whereas the nuclear bomb appears to have been extremely effective in preventing conflicts. In fact, had it not been for the nuclear bomb, perhaps the UN itself would have collapsed by now, pretty much like its predecessor, the League of Nations.

Thus, we have not had any hot World War for over 75 years, perhaps thanks to the terrible nuclear bomb. Even the recent aggression by nuclear China on nuclear India, which led to many soldiers dying on both sides in hand-to-hand combat, has possibly been brought under control due to the threat of the conflict escalating into a nuclear conflict. In fact, China’s strategy of snatching territories from its neighbours through salami cuts, is designed to keep the conflict below the nuclear threshold and be able to get away with the territory snatching. Had it not been for the nuclear bomb, we would have seen bigger misadventurism from irresponsible global powers such as China, which would have quickly degenerated into another world war.

Hence, it is high time to recognize the role of the Bomb in providing us with peace, albeit at an exceptionally high initial cost of millions of Japanese lives. With the hope that this deadly weapon does not fall into the hands of non-state actors, perhaps it is time that the Bomb is recognized for its contribution to global peace.

(Views expressed in this article are personal to the author and may not necessarily reflect the views of Outlook Magazine.)

Outlook Web Desk / Several people have been injured and displaced in rain-related incidents. Dams in many districts are nearing its full capacity. Small towns and villages in the hilly areas are totally cut off.