Reimagining The Role Of Indigenous Tribals In Restoring Local Ecosystems

The unsystematic practice of Jhum with complete disregard for traditional ethics poses a grave threat to restoring the ecosystem of the land. 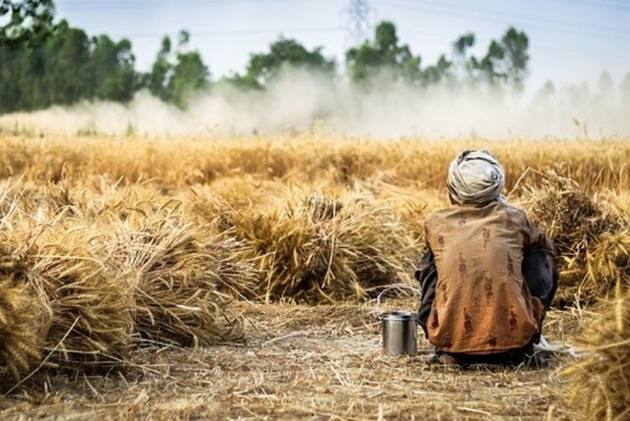 As monsoon approaches and with it, rainfall and the fear for floods and landslides, concerns for the environment will momentarily blossom, and deforestation will be cursed once again. There will be voices and words describing how the practice of Jhum cultivation, a farming method predominantly practiced by most tribes in the North East, has been the main culprit for the degrading ecological state and how stopping the indigenous tribals from practicing ‘Jhum’ will resolve the concern altogether. But what is knowingly or unknowingly ignored is the symbiotic relationship between the tribals and their environment through traditional ethics that stood the test of time.

The main motive of adopting shifting cultivation by most hill tribes is to allow the fertility of the land to be restored naturally. This method is in stark contrast to the generally adopted farming practices in the plains, where pesticides and insecticides are widely used. Contrary to what is fervently preached by a few people, shifting cultivation in its original form as practiced by the tribals did not necessitate the indiscriminate clearing of the forest; the lands which have been abandoned ad interim would be all set for re-cultivation every few years. Therefore, a farming household cultivates no more than five different lands, the cultivation of which are shifted systematically. This was anterior to a few people being lured into greedy practices; the result of that cupidity is the rampant practice of cutting down trees and the complete disregard whatsoever for the age-old practices.

The unsystematic practice of Jhum with complete disregard for traditional ethics poses a grave threat to restoring the ecosystem of the land. It is one of the main factors of rising deforestation. However, the activities of many cultivators quitting Jhum but misusing pesticides and fertilisers in recent times have a much disastrous consequence. Its undesirable effects include not just the scarcity of organic foods but also the precarious impact on the environment. As a result of the haphazard use of artificial fertilisers, the soils which absorb the chemicals have the dangerous potential of entering the food chain. The chemicals also contaminate surface water and rendered many streams, which have hitherto been a source of drinking water, poisonous for consumption. The underlying message is that giving up Jhum cultivation per se is not an open-ended solution to address environmental issues. The efforts to root out Jhum cultivation should not be an impetus that drives the practice of more hazardous alternatives.

As talks of environmental issues and the banes of deforestation gain momentum, the tribal people could be forgiven for developing a feeling of being exploited minus fairness. Even though we continuously emit harmful gases from our factories, transportation mediums, and electricity consumption, it is a common trend to put larger blame on those cutting down trees. The same goes for the general perception of hunting. Of course, hunting and deforestation must stop. But it is important to understand the circumstances of the people, whom we look at with condemnation and held mainly responsible for the worsening state of the environment; they have been giving up their livelihood to attend a cause, for which all of us are responsible. What sacrifices have we made? Understanding the fact that forest-dwellers are the main stakeholders in the effort and involving them is therefore of paramount importance. Our initiatives to combat deforestation and hunting wild animals accordingly should do away with top-down approaches as yet practiced.

The environment in general and forest, in particular, meant much more to the tribals; it is deeply rooted in their way of life. The Kuki tribes of North East India, for instance, used bamboo- to build their houses; consumed the shoot as food; model bow and arrow to hunt; make cups, spoons, and other utensils; design pieces of furniture like chair, table, and almirahs. Since bamboo was indispensable to them, each household had a bamboo tree planted in their courtyard and also in the forest. What they used from the forest was well-restored.

Reimagining the role of tribals and engaging them in an ‘ecosystem restoration’ mission will thus revive the traditional relationship of the tribals with the environment. The re-established association will also imbibe a sense of belongingness amongst the tribal people in the restorative efforts as compared to the strategy of giving lectures and sermons, thus far adopted, which have further alienated them. The same way environmental issues in the hills and forests concerned us, the scores of activities in plains- towns and cities, contributing to environmental issues should also grab our attention; to restore our ecology is not just about restoring the forest. It involves restoring our lakes, lands, air, soil, etc. While we endeavour to reimagine, recreate and restore our ecosystem, it is important to accept that we all have our roles and responsibilities. As for the tribals, they know best how to restore the forests and they will be the best who can do it best. They just need our hand-holding support and not our finger-wagging orders.

(The writer is a freelance writer and author. He is a former development professional and served as a consultant in the ministry of rural development, GOI. Views expressed are personal and do not necessarily reflect those of Outlook Magazine.)