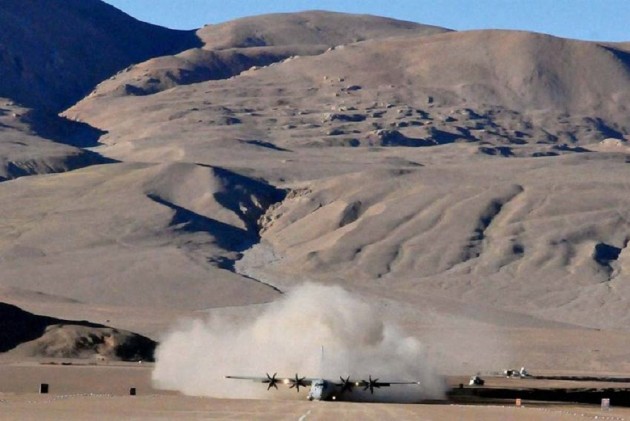 Contrary to some beliefs, Chinese premier XI Jinping doesn’t appear to be entirely confident of the People’s Liberation Army’s (PLA) ability to wage a sustained campaign against its neighbours, especially Tibet, where the PLA has improves its logistics. Further, with the PLA and the People's Liberation Army Navy (PLAN) taking on multiple countries on different fronts, one can surmise that the Chinese establishment is looking to probe weaknesses across all its frontiers—Japan, Korea, Taiwan, Vietnam, South China Sea, and Tibet; and it will focus all its resources at whichever front gives way.

But the question to ask is if Xi has sufficient confidence in the PLA’s ability to engage in high-voltage combat. The stealthy salami slicing was extremely effective till such time when Indian forces did not have the means to deploy resources at the LAC due to poor logistics. But now, as the PLA troops run into sustained opposition from the Indian Army at the border, their ability to indulge in full-scale combat remains doubtful. Triad gang-level thuggery apart, full-scale combat requires years of sustained psychological preparation, and not just military machine. India, given its years of multi-level conflict with Pakistan, is perhaps better placed than China, a country where there has been sustained efforts to cover up years of the Cultural Revolution and the aftermath of Tiananmen Square. To that extent, the PLA’s crass adventurism in Ladakh is an effort to be a gangster that twirls its moustache to scare the denizens of his area.

That tactic does work, but only as long as the residents stick to the rules of civilised behaviour, as India is guilty of doing right now. The PLA, it seems, is almost hoping that its actions will force the Indian army to back down. But if India doesn’t, then the PLA will have to commit to long, hard years of sustained low-level conflict along the frozen river borders with India, which will be extremely challenging for it to sustain given that it has no population centers in the Tibet hinterland to sustain it; and will have to draw its provisions and men from thousands of miles away. The PLA and Chinese Communist Party would, therefore, want to settle this conflict quickly and on its terms, but clearly rather unexpected (from the Chinese perspective) push-back from India, has somewhat muddled its plans, and therefore, it is struggling to generate a coherent response for a favourable endgame for the PLA.

Now, let’s talk about India’s position vis-à-vis China and its other neighbours. India is vulnerable because unlike the other fronts, this war will be India’s to fight alone. For all talk of quad and strategic alliances, no country will submit its resources to help India. Nations will be waiting to see who emerges as the winner and they will all jump in, once the fate is decided, to partake in post-conflict riches. This, then, will not just be a long, tough summer, but a really long, hard and brutal winter for India to be able to build roads into the far frontiers, deploy troops, stock up on ammunition and materiel, and develop national resolve to withstand what is coming. The toughest bit will be to develop internal consensus whereby particularly small, but extremely loud sections of society equate India with PM Narendra Modi.

India has been particularly lucky that we haven’t had to fight civilisational conflicts since 1857; the post-independence conflicts were relatively minor in impact. It’s time we prepare ourselves to defend Indian civilization.