The Cryptic Craze About Crypto

There are several critical reasons for which cryptocurrencies need to be highly regulated in India unless it is a sovereign cryptocurrency. 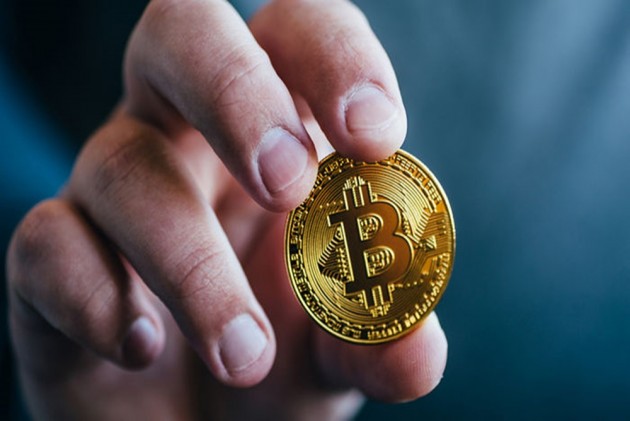 Bitcoin prices have shot up from less than USD 20,000 to over USD 48,000 in the last three months. This is a humungous growth for any asset class. Bitcoin falls under the asset-class that is called crypto, which is short for cryptocurrency.

Cryptocurrencies are essentially digitally created records, based on the blockchain technology, that can capture and record who owns what amount of that currency. This record is captured in a manner that the record cannot be easily altered. Another interesting feature of cryptocurrencies is a piece of algorithm called “proof of work”, which requires someone to “work” hard to be able to verify a new transaction of say a bitcoin being transferred from one owner to another.

This “work” involves running a complex algorithm involving “proof of work” on computing infrastructure, and the first one to solve that algorithm gets to record the transaction and pass it to all other electronic distributed ledgers. In the process, the entity confirming the transaction gets some bitcoin as a reward. As we all know, computation is driven by electricity and for bitcoin transactions, electricity consumption is humungous. So, how humungous is the consumption of electricity for managing bitcoin? As per Cambridge researchers, the energy consumed for maintaining bitcoin is more than the energy consumed by the whole of Argentina.

If Bitcoin was a nation, it would be in the top 30 nations in the world that are consuming energy, and as a corollary, also polluting our earth. And this energy consumption is growing at an accelerated rate.

To understand the position of the government, there are a few questions that one needs to answer. First, why does the government not allow foreign currencies to be used as legal tender for widespread use in India? There is a term for using the US dollar as a currency in a country. It is called “dollarization”. So why do we disallow “dollarization”. “Dollarization” is disallowed so that the Indian government and the central bank, which in our case is the Reserve Bank of India or RBI, have the necessary monetary tools for managing the economy. If there is high inflation in the economy, the government intervenes to take excess rupees out from the system, to cool it down. If the government needs to spend more, such as in this year where the fiscal deficit is pegged at over 9%, then the government “prints” rupees to be able to fund the extra spend, thereby stabilizing the economy. The government cannot use such monetary tools if there is any other currency, other than rupees, being used in the country.

If the government does not have control over the currency, then the government loses this critical economic tool to manage the economy. We lose monetary sovereignty.

So, can the government allow cryptocurrencies to be widely used in India when it does not allow the US dollar, or any other currency except the Indian Rupees, to be used in India? Clearly no.

Besides, who backs the bitcoin or any other cryptocurrency? The Indian Rupee is backed by the Indian government that promises to provide the owner of the Rupee bill, the sum that is written on the bill. Who provides that promise for a cryptocurrency? The answer is no one. The very reason that the price of bitcoin soared by almost two and a half times in the last three months, makes it unsuitable as a currency, as it makes cryptos extremely volatile. The price of Bitcoin fell by 65% between January 2018 and February 2018. Such volatility makes cryptocurrency unsuitable as a legal tender. Imagine the price of a car going from one Bitcoin to half a Bitcoin in 3 months. How can anyone maintain accounting and book a profit or a loss? The car manufacturer would have bought components of the car at a much higher price, but the sale price drops as the value of Bitcoin suddenly soars.

But then the government does allow trade in gold. And like cryptocurrency, gold also has very little intrinsic value. Its industrial usage is limited, and largely used in electronics. It is the perceived value of gold that makes it valuable. So why not allow cryptocurrency to be traded like the trade-in gold? That is a possibility. Cryptocurrencies are allowed to be traded in the USA as a commodity and not as a currency. Just as one trades in gold, or art or soybeans, one can also trade in cryptocurrencies.

However, given the nature of cryptocurrency, starting with the name attached to the construct, which clearly says it is a currency, how can we protect Indians from not assuming that they are getting a commodity, which is more of a ledger entry in an electronic register, rather than a currency? How do we protect our citizens from being taken for a ride by the myriad cryptocurrencies? Even more importantly, how do we ensure that there is no large-scale funds outflow from India for purchase of cryptos? With gold, government leans in to increase customs duty of gold import or sometimes even bans import of gold. But how can the government regulate the crypto markets which are all online? And if the government cannot control it, it is a very real possibility that large amounts of funds in the form of real currency, move out of India, putting significant pressure on the Current Account Deficit (CAD) on India, leading to massive inflation, and a deeply negative impact on the economy.

Also, why would anybody need to buy crypto? What does one do with crypto that one cannot do with a real currency? The clear advantage of crypto is that it provides anonymity. One cannot track who is sending funds to whom when it is sent through crypto. So, if one pays for guns, or drugs, or terrorism, it can never be tracked if the payment is made through crypto. Even in case of payment by gold or payment by physical paper currency, there is anonymity. One cannot track who made the payment, by looking at the gold or the paper currency. However, a physical form of payment needs to be sent physically across countries. That physical transfer can be checked at the borders. But a digital payment, such as through crypto, can be sent over the internet unchecked, and hence one can pay with crypto over the internet for goods and services that are not legal. For everything legal, real currencies are available, and one can swipe one’s credit card and make the payment. One needs crypto when the goods or services being purchased are not legal.

Can India afford to have a situation where the money is being transferred into India for fanning terrorism or where illegal goods are being procured, and the security agencies have no clue about it? Not.

Then why are there allegations that the government’s step of bringing in a regulation that will stop crypto ownership in India is retrograde and will stop India from using the benefits of the 4th industrial revolution? Why is India not allowing crypto trade, at least as a commodity, as other countries are allowing? To begin with, it is no rational argument that if other countries are allowing trade in a certain commodity, India must also allow the same. I recollect that India was shown as an underdeveloped country as the consumption of coke in India was a fraction of consumption of coke in the US. We are again falling into the trap of metrics and benchmarks that are unsuitable for India.  India has to take a deliberated view on the matter based on the merit of crypto for India, and not based on who else is using it.

When most people in India do not understand what is crypto, allowing people to trade in crypto will put them in harm’s way. More importantly, India does not have the depth of its currency market to be able to withstand a largescale outflow of real currencies for crypto purchases. India may be the 6th largest economy in the world, but to bring that figure to perspective, we are only one-sixth the size of US and one fifth the size of China, in terms of our economic size. Crypto can therefore be used to launch an economic war on India and destabilize the economy.

Also, India faces the challenges of terrorism emanating from other countries and not so friendly neighbours. India can ill afford to lose control of the flow of funds, especially when there is no clearly articulated benefit of using crypto.

It is dangerous to fall for simplified arguments such as advanced nations use crypto and hence India cannot be advanced without allowing crypto trade. These are fallacious arguments, and the government should not fall for such arguments.