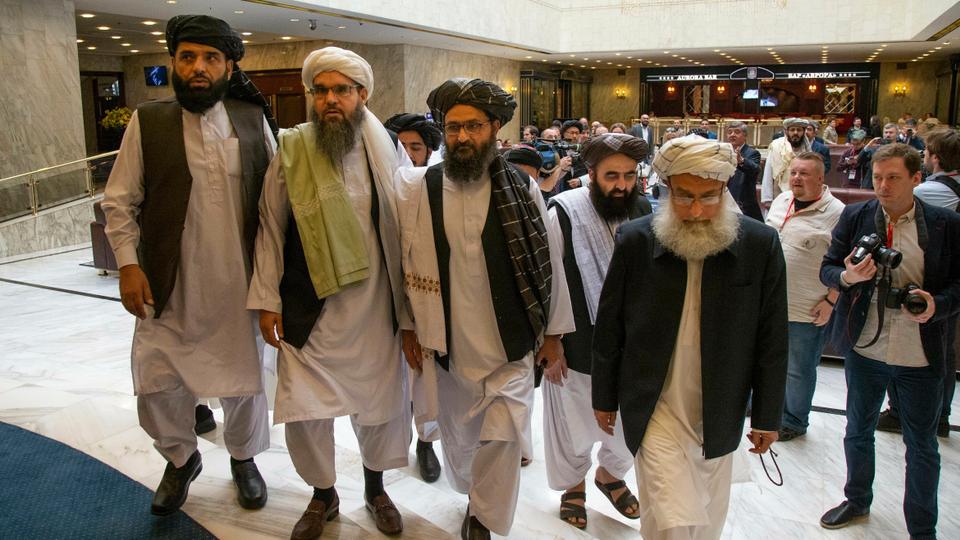 President Donald Trump's Special Representative for Afghanistan Zalmay Khalilzad is expected to reach New Delhi on Tuesday to brief India on the on-going peace talks between the Afghan government and the Taliban in Doha. The intra-Afghan talks if successful in bringing peace to a country ravaged by civil war will be a game-changer for the region. It will be a long and tortuous process. India may find itself supporting the wrong side as the Pakistan-backed Taliban will fight for the largest piece of the political pie. Power sharing between the different Afghan factions is the key to the success or failure of the Doha process.

Successive Indian governments ( both Congress and BJP) had since the ouster of Taliban by US and NATO forces in 2001, steadfastly supported the democratically elected leaders of Afghanistan, whether it was Hamid Karzai in the past or Ashraf Ghani now. By supporting the elected governments of Afghanistan, New Delhi turned its back on the Taliban. Others in recent years, reading the writing on the wall had reached out and established contact with the insurgent group. Russia, Iran, China have all been in talks with them. India, Russia and Iran had all backed the anti-Taliban Northern Alliance of Ahmad Shah Massoud the powerful military commander assassinated by the Taliban on September 9, 2001.

Since the time, when the Taliban was thrown out by the American and NATO forces, India had kept away from the group, till recently. The first contact was in Moscow, when a non-government delegation from Afghanistan, including former president Hamid Karzai was invited to by Russia for an intra Afghan talk. India sent two retired foreign service officers to the meeting, mainly because it was an invite from Moscow in November 2018. However according to the former diplomats, they merely watched the proceedings conducted by Russian foreign minister Sergey Lavrov. They did not get an opportunity to interact with the Taliban delegation or exchange views.

Siding with the Afghan Government Paid Dividends to India:

Yet siding with the Karzai -Ghani governments paid off for India at that time. The Taliban was Pakistan’s trump card, with which it hoped to gain strategic depth in Afghanistan. Seeing New Delhi spread its wing in Afghanistan was a blow to Pakistan. The Haqqani network, part of the Taliban, was used by Pakistan’s spy agency, the Inter Services Intelligence (ISI) to target Indian interests. A car bomb exploded driven by a suicide bomber, exploded near the Indian embassy gate in Kabul, in 2008, killing 58 people including the embassies defence attache and a young IFS officer. Another attempt was made a few months later. Indian consulates were also targeted, so were hotels where foreign visitors including Indians were living. But Delhi could not be frightened away from Kabul.

India and Afghanistan kept up the rhetoric against both the Taliban and the Pakistani hand in the violence on security forces and leading anti-Taliban political figures. But that phase is now over as Afghanistan prepares for change. It is also a watershed moment for India as it mulls its future action in Afghanistan.

The Doha talks helped to get Pakistan out of the diplomatic cold storage in which it was for several years. The US needed Pakistan to get the negotiations moving. By helping the Trump administrations efforts at peace making with the Taliban, Pakistan was able to improve its ties with the US. Islamabad would love to keep New Delhi out of the Doha talks, but its attempt was not successful. Both Qatar and the US government wanted India onboard. The Indian ambassador to Qatar as well as the joint secretary in charge of Pakistan, Afghanistan and Iran attended the ceremonial launch last week in Doha. Foreign minister S. Jaishankar delivered a virtual speech, setting out India’s red lines.

"India believes any peace process must be Afghan-led, Afghan-owned and Afghan-controlled, has to respect the national sovereignty and territorial integrity of Afghanistan and preserve the progress made in the establishment of a democratic Islamic Republic in Afghanistan. The interests of minorities, women and vulnerable sections of society must be preserved and the issue of violence across the country and its neighbourhood has to be effectively addressed,’’ Jaishankar told the gathering in Doha.

The actual negotiations began on Monday. The negotiations if successful will bring to an end nineteen years of bloodshed. It will be a long drawn process, with frequent deadlocks.The first item on the agenda will be a ceasefire as violence continued despite the negotiations.

A peace deal in Afghanistan with the Taliban getting the lions share of power will be a victory for Pakistan, which has nurtured the Taliban since it took wing in Pakistani soil.

Pakistan will try its best to ensure that the Taliban maintain a distance from India and if possible roll back India’s presence in Afghanistan. That may be easier said than done. India’s developmental projects, the smaller ones not the building of the Parliament or repairing the Salma dam, but bringing water and electricity to village communities, helping in agriculture and a host of such projects that touch the lives of common Afghans, have made India popular in the country.

If India plays its cards right, there is no reason why it cannot turn around the Taliban. No doubt that will be tough, but the effort will have to be made. This round is certainly with Pakistan. India needs to build its case well.