Enlarging the area of conflict from the North to the South of Pangong Tso is indicative of China’s aggrandisement and the greed to grab more Indian territory to provide depth to Tibetan plateau. 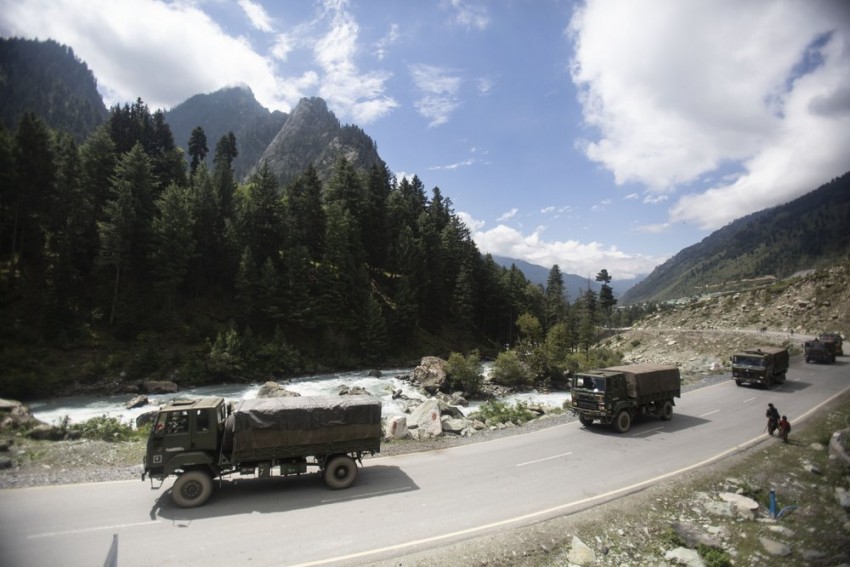 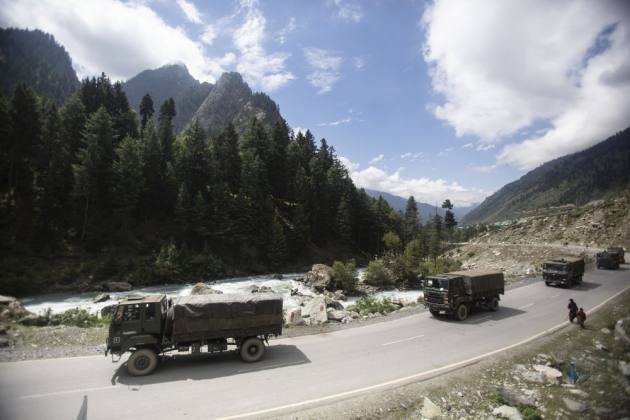 On August 29, President Xi Jinping told senior leaders that China must build an "impregnable fortress" to maintain stability in Tibet, protect national unity and educate the masses in the struggle against "splittism". The same night PLA troops carried out provocative military movements South of the Pangong Tso, prompting India to take pre-emptive action and undertake measures to strengthen positions “to thwart Chinese intentions”.

The latest Chinese action, and India’s pre-emptive move, comes in the backdrop of deadlocked diplomatic-military talks in resolving the four-month-old violent faceoffs between Indian and Chinese troops at Depsang, Galwan, Hot Springs and Finger areas on the North bank of Pangong Tso. Several rounds of military negotiations, Working Mechanism for Consultation and Coordination (WMCC) meetings, including the last one on August 20, have yielded no worthwhile results. One Special Representative-level phone call on July 5, 2020, too, has not helped.

On the ground, China has been actively fortifying its positions, constructing bunkers, and improving roads, particularly laterals from the highway to the border areas. There have been reports of deployment of J-20 stealth fighters and Air Defence radars.

India has undertaken large-scale mobilisation of forces and is preparing for the “long haul”. Significantly, just a week back, the Chief of Defence Staff had stated that a military option to deal with transgressions by the Chinese People’s Liberation Army (PLA) in Ladakh is on the table, but will be exercised only if talks between the two armies and the diplomatic option are unfruitful.

The provocative movement by the PLA in the intervening night of August 29-30 is a premeditated follow up to Xi Jinping’s orders to his party, government and military leaders to “solidify border defences in Tibet and ensure frontier security, national security, and enduring peace and stability” in the Tibet region. This was at the seventh Central Symposium on Tibet Work in Beijing on August 28-29. It is China’s most important forum for Tibet policies, and this was the first such gathering since 2015.

Enlarging the area of conflict from the North to the South of Pangong Tso is indicative of China’s aggrandisement and the greed to grab more Indian territory to provide depth to Tibetan plateau. There are multiple corridors or avenues converging into Chushul, from the East along Pangong Tso and the Spanggur Tso, from Tangtse in the Northwest, and from Dungti-Nyoma in the South, along the Indus. This area has a history of bloody battles at Gurung Hill, Magar Hill, Rezangla in 1962.

It is to the credit of the Indian Army that they have successfully checked the Chinese move and undertaken measures to strengthen its positions. These include occupation of tactically advantageous positions on the heights dominating the corridors leading to the Chushul bowl, with corresponding adjustments in disposition of tanks, ICVs, artillery and combat support elements; also, readjustment of reserves to cater to new contingencies. But this should just be the beginning of the ‘long haul’.

Xi Jinping’s focus is to solidify China’s grip on whatever remains ‘autonomous’ of the Tibet Autonomous Region. With an area of 2.5 million square kilometres, Tibet was once almost one fourth the size of China. In 1965, China gobbled half the territory of Tibet as its four provinces Gansu, Qinghai, Sichuan and Yunnan. What remained as TAR is one eighth of the whole of China. Having itself split Tibet once, Xi Jinping wants to guard it against any internal and external threat to ‘splittism’.

Tibet has the third largest ice reserve. Some of the major rivers flowing through South Asia and Southeast Asia originate from Tibet. The control over rivers flowing into all the countries bordering Tibet is an obvious lure.

Tibet has precious metals and minerals like chromium, gold, iron, magnesium, uranium, and silver. It has coal, gas oil, and some rare earth minerals. All these natural resources contribute to China’s newfound power.

To continue checking China, it is critical that India’s armed forces proactively deal with China in all the theatres, as the PLA has mobilised troops for exercises all along, including opposite Sikkim and Arunachal Pradesh.

Also Read: India Must Make No Compromise With China On LAC

Side by side, the clarion call for Aatmanirbhar Bharat must be pursued with full vigour to get out of the trappings of trade dependencies on China and along with that the blurring lines between investment, advertisement, ideology, and propaganda. The Prime Minister’s Independence Day declaration of the cyber policy must come into effect at the earliest.

India’s bilateral relationship with China cannot be disassociated from the border issue. The India-China border issue is closely linked with the Tibetan Issue. Given Xi Jinping’s hawkish stance towards Tibet and India, it would be naïve to expect resolution of the border issue. It makes eminent sense to rally international support and collectively work towards an independent Tibet. That might ultimately checkmate China’s expansionist and hegemonistic ways.

(The author is a member of the National Security Advisory Board, former Deputy Chief of Army Staff and Kashmir Corps Commander. Views expressed are personal.)