Pt. Deepak Kshirsagar Hypnotizes The World With His Musical Compositions

Pt. Deepak Kshirsagar is a passionate individual who has hypnotized the world with his Indian Slide Guitar and Classical Vocal Music. 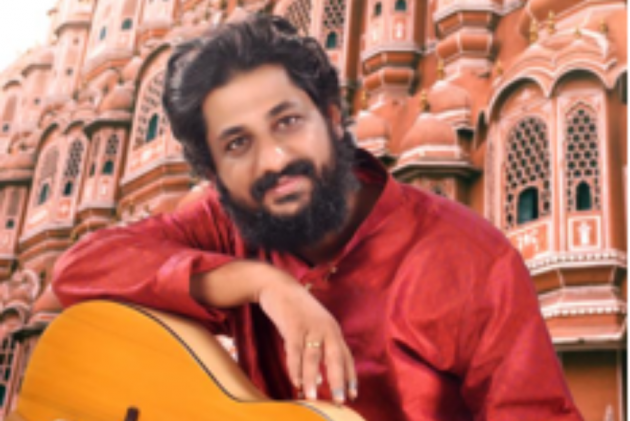 A world without music is a dead world! No songs composed, no poetic expression of love, no tunes to hum, and soulful connections. Life would be gloomy, wouldn't it? Fortunately, we live in a magical music world that helps us feed our souls for a harmonious life.

Honestly speaking, music is a divine way to convey beautiful things to the world. It’s a powerful healing tool that empowers people to live life to its fullest. Thanks to the musical fraternity for generously giving our world some remarkable musical compositions.

Pt. Deepak Kshirsagar is a passionate individual who has hypnotized the world with his Indian Slide Guitar and Classical Vocal Music. Born in the Kshirsagar family of Jodhpur, a lineage belonging to the Gwalior Gharana, music runs in his blood.

Music has been his passion since his formative days. He started his training in vocal music and guitar under the guidance of his grandfather Pt. B. N. Kshirsagar and later his father, Dr. Dattatreya Kshirsagar, both stalwarts of Gwalior Gharana. He has obtained his training in Indian Slide Guitar from Pt. Satish Khanwalkar.

Having a rich foundation in classical vocal music, he was inspired to bring out the Gayaki Ang on his instrument, suitable for sustaining the sound. Pt. Kshirsagar did his Masters degree in music and was a gold medalist in English literature during his graduation from J.N.V. University, Jodhpur.

He resigned from The M.S.University of Baroda as a senior assistant professor in music in 2014 to nurture “Aalap- the Gurukul of Music “ and The B. N. Kshirsagar Foundation.

With his authentic and spiritual compositions, he has won millions of hearts and earned an insurmountable name in the industry. He is a top-notch artist of All India Radio and Doordarshan and has bagged several national and international awards.

Deepak Kshirsagar was also awarded the prestigious fellowship of the Ministry of Culture, Govt. of India for the research project on the rare and almost extinct Tappa singing style. He was also featured in prestigious Veena magazine, U.S.A. 2002. “The Pioneer” and “The Hindu” featured him as a remarkable Indian Slide Guitarist and Classical Vocal Musician. His unique expertise in the Indian classical guitar and Indian vocal rendition has helped him explore limitless horizons.

Pt. Deepak Kshirsagar believes that music is the best gift to humankind. He says, “One must never underestimate the power of good music. It gives power to your mind, positivity to your heart, and strength to your body.” He creates music that resonates with people rather than just entertaining people.

Deepak Kshirsagar envisions connecting more people with Indian Classical Music. As a tribute to his Guru and Grandfather- Pt BN Kshirsagar, he started B.N.K. Foundation in 2015, along with his sisters. B.N.K. Foundation is rooted in the motto of helping the financially weak and forgotten artists and instrument makers and promoting young and promising talent.

As an Indian Slide Guitar and Classical Vocal artist, he has been invited to perform for musical concerts across the globe. He has performed for almost all national concerts of Indian Classical music, including Tansen Samaroh, Pt Bhimsen Joshi Sangeet Samaroh, Harvallabh Sangeet Samaroh, to name a few.

His concerts are reviewed by many national newspaper music critics, including Pt. Prakash Vadhera. His interviews have been published and broadcasted in All India Radio, Doordarshan, and magazines of Repute.

Pt. Kshirsagar remains the first to introduce in guitar the jhala or fast crescendo technique of sitar pattern- 1-2-1-1-2-1-1-2 and its variations. Amidst his concerts, one can see the occasional techniques of sitar and sarod. He has worked on many projects in the genres of Carnatic Music, Folk music, experimentation of symphonies of Mozart and Beethoven in bandish and gats, and many successful fusion concerts.

Currently, he has collaborated with leading musicians across the country to offer the best to the music world. He gave music to a short film, 'Manhoos', that bagged five Awards Internationally. When asked about his entry into the entertainment industry, he says,” I have some offers from the film industry, and I might consider them."

Deepak Kshirsagar is an admirer of his fellow musicians who makes his concerts an uber success. With a vision to spread music vibes and encourage music-lovers to consider it a full-time career, Pt. Kshirsagar will continue expressing himself through music.

It’s high time music lovers take a plunge into the world of music and take it as a full-time profession. Deepak Kshirsagar says that it’s just the fear of the unknown that holds people from following their passion.

Every passionate music lover should have faith in their sangeet and surrender themselves to the divine. He also adds that music is forever, and it will only do good to humankind. He urges the millennials to step forward and choose music as a full-time career.

To empower today’s youth in the music world, Deepak Kshirsagar offers one-on-one online sessions in Indian slide guitar and classical vocal music. The sessions are offered via skype, and each session is for 35-40 minutes.

To connect with the Pt. Kshirsagar, drop an email at office.thedeepak@gmail.com. You may also dial +91 9428693516 to know more about Indian slide guitar and classical vocal music. For more updates, visit https://thedeepak.in/

Unlock The Referral Benefits Of Rs 300 With Slice Invite Code