VDJ Shaan Set To Crash The Party With His First Original Song, 'Take Your Pain'

Through his hard work and dedication, VDJ Shaan will release his first original debut single song 'Take Your Pain'. 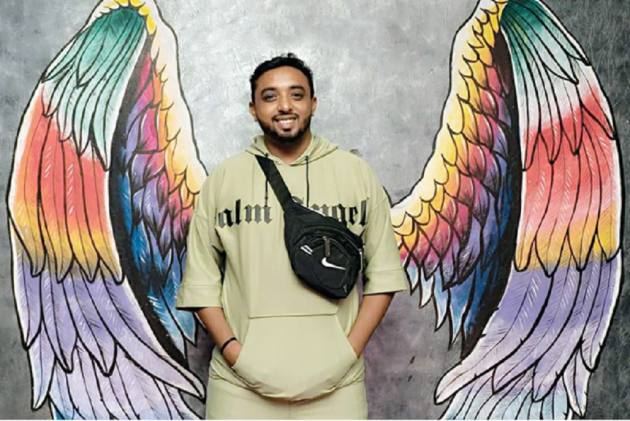 Making people groove to your music rhythms is more than simply a hobby; it demands a great deal of talent. People that can accomplish this are known as DJs or VDJs, and they have a skill set that allows them to produce each piece of music in their unique way. One such person who is making people dance to his tunes is VDJ Shaan. He has created a niche for himself in the industry with his remixes that instantly lift the place's mood and ambience.

Through his hard work and dedication, VDJ Shaan will release his first original debut single song 'Take Your Pain'. Behind his original track, he has put in a lot of effort. The song is available on all music platforms like Apple Music, Spotify, Amazon Music, and many more. Through his unique way of presenting audio and visuals, he has garnered much love from the audience.

Like every other artist, he started his journey by playing at clubs and lounges all over India.

He has played in India, but he has shown his talent across borders and has performed at an international level with many prominent names. Working with renowned artists, he has been a part of on-stage and studio collaborations with Bollywood performers like Sonu Nigam and Salim Merchant.

Shaan said about these renowned personalities, "Working with such talented singers was a once-in-a-lifetime opportunity for me. Their music has influenced me since I was a child, and I see them as mentors and idols. Music, in my opinion, is a learning process that evolves with time."

This talented lad has performed at over 150 live shows to date and is still going strong. In terms of mixed music, he has collaborated with a number of well-known DJs and musicians. VDJ Shaan has built a name for himself due to his talent, and he has become a popular choice among partygoers.

Hearing his Bollywood and Punjabi remixes makes us feel that it is one-of-a-kind. VDJ Shaan was previously recognized as the best VDJ in the world for his outstanding work. With his constant hard work, he has established himself among India's top 100 DJs due to his efforts.

Sharing his music, VDJ Shaan said, "At clubs, parties, and other events, I produce my mix music and show the videos on LED displays. VDJing has an entirely new atmosphere, and I enjoy what I do. I'm pleased that the public has well-received my music since this encourages me to continue producing high-quality music. When people remember me by my work rather than my name, I am overjoyed. I'd like to present myself globally and become one of the top-rated DJs with this level of passion and energy."

Turning his dream into a reality, VDJ Shaan has unquestionably progressed. He has performed at various events in India and Globally. Along with this, he has worked with a number of well-known DJs from around the world for various events and concerts. Due to his commendable work, he has emerged as one of the best VDJ in India.

As the situation has started getting normal, VDJ Shaan is back to set the stage on fire with his smashing remixes. Apart from making music for the parties, he has lots of projects in his pipeline, and for sure, he is going to create music that every person would enjoy. And, in the future, he is going to offer the industry some reminiscing music of its time as he has a vast audience waiting for his songs eagerly.