"They are prepared to open the Kartarpur corridor on the occasion of Guru Nank Dev's 550th birth anniversary," Sidhu said. 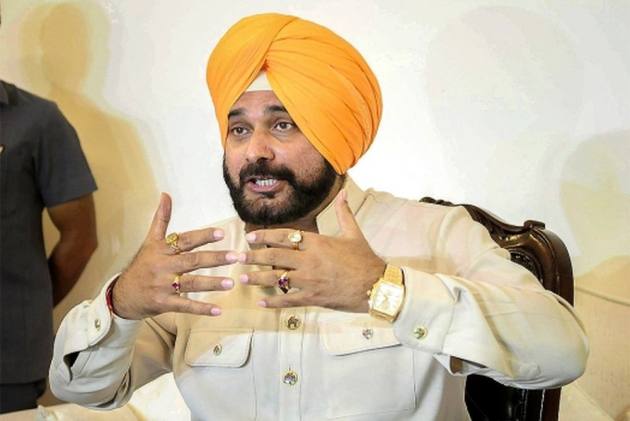 Navjot SIngh Sidhu on Friday calimed that Pakistan has decided to allow Sikh pilgrims direct access to the historic religious site of Kartarpur Sahib gurdwara, which is across the border in the neighbouring country.

Sidhu’s claim, based on a media report, came on a day when television channels showed Pakistan army chief Qamar Javed Bajwa hailing militancy in kashmir and vowing to avenge the deaths of his country’s soldiers.

Sidhu flatly refused to comment on Bajwa’s remarks made during a Pakistan Day address, and pushed for talks with Islamabad.

The minister had faced flak after he returned home last month from the swearing-in ceremony of Pakistan Prime Minister Imran Khan in Islamabad, where he was seen hugging Bajwa.

"A decision to open the Kartarpur corridor has been taken by Pakistan PM Imran Khan after consultations with various stakeholders,” Sidhu has now asserted.

"They are prepared to open the Kartarpur corridor on the occasion of Guru Nank Dev's 550th birth anniversary," he said.

He claimed Sikh pilgrims may not require a visa to undertake the pilgrimage.

"A formal announcement to this effect will be made by Pakistan very soon," he said.

He was apparently referring to comments attributed to Pakistan Information Minister Fawad Chaudhry, who also urged resumption of the dialogue between the two countries.

Sidhu added that Pakistan was awaiting a positive reply from India for dates for the talks.

"I thank my friend Imran Khan for this noble goodwill gesture. He has not walked two steps but miles and opened the doors for infinite possibilities. I am indebted forever," he said.

Referring to the purported move by the Pakistan, he said this was a signal from the neighbouring nation, and appealed to the Centre to reciprocate.

"Pakistan has sent a message of friendship,” he said.

"Following the path of peace is the only way to resolve issues. Talks can bring prosperity to the region," he said.

"India should see this as a goodwill gesture. The desperation for a dialogue is visible from the Pakistan side," he said.

Defending his hug with Bajwa, Sidhu had said last month that he was overwhelmed when told that Pakistan was making efforts to allow access to Kartarpur Sahib.

Punjab Chief Minister Amarinder Singh had expressed unhappiness over his minister hugging the Pakistan Army chief, but backed his push for opening the Kartarpur Sahib corridor.