Pallavi Gogoi, a US-based journalist on Thursday accused Akbar of raping her years ago when she worked with the Asian Age. 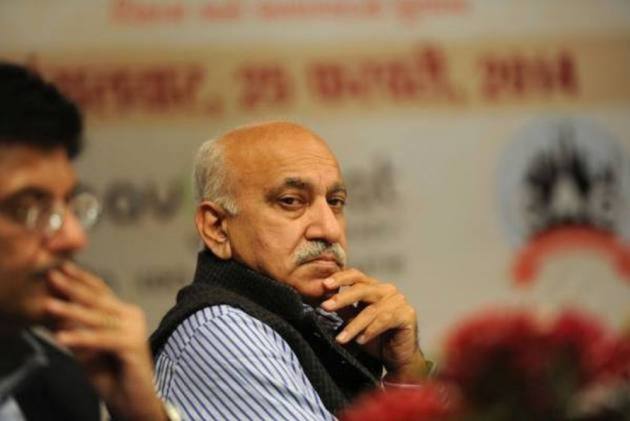 Former Union Minister M J Akbar on Friday denied allegations of rape by US-based journalist and said it was a "consensual relationship".

In a separate statement his wife Mallika Akbar also dismissed Gogoi's accusations, made in a Washington Post article, as a "lie".

"Somewhere around 1994, Ms Pallavi Gogoi and I entered into a consensual relationship that spanned several months," Akbar, who recently resigned as the junior foreign minister following a spate of #MeToo allegations, said in a statement.

#MeToo | Men Should Realise No Means No

"This relationship (with Gogoi) gave rise to talk  and would later cause significant strife in my home life as well. This consensual relationship ended, perhaps not on the best note," he said.

Former Union Minister #MJAkbar in a statement to ANI denies rape allegations levelled against him by journalist Pallavi Gogoi in Washington Post. pic.twitter.com/RqWYuQycgu

In her statement, Mallika said "more than twenty years ago, Pallavi Gogoi caused unhappiness and discord in our home. I learned of her and my husband's involvement through her late night phone calls and her public display of affection in my presence."

"I don't know Pallavi’s reasons for telling this lie but a lie it is," she added.

I don't know Pallavi's reasons for telling this lie, but a lie it is: #MJAkbar's wife Mallika Akbar to ANI on journalist Pallavi Gogoi's rape allegations in the Washington Post against her husband pic.twitter.com/SFws1TwWhx

Gogoi accused Akbar of raping her years ago when she worked with the The Asian Age.

In a first-person article in the Washington Post, Gogoi wrote that she was 22 when she joined the Asian Age, of which Akbar was the editor-in-chief.

"I used to arrive to work at 8 a.m., before most newspaper journalists. My aim was to get the op-ed pages ready by 11 a.m., when the rest of the staff came in. That way I could go out reporting as often as I could to escape the office. Soon after the Bombay incident, one story took me to a remote village a few hundred miles from Delhi to cover the appalling saga of a young couple who were hanged by members of the village because the lovers were from different castes. The assignment was to end in Jaipur. When I checked back, Akbar said I could come discuss the story in his hotel in Jaipur, far from Delhi."

"In his hotel room, even though I fought him, he was physically more powerful. He ripped off my clothes and raped me. Instead of reporting him to the police, I was filled with shame. I didn’t tell anyone about this then. Would anyone have believed me? I blamed myself. Why did I go to the hotel room?," she wrote in the article.