Ambati Rayudu Reveals Who Talked Him Out Of Retirement; Says He Has No Regrets About '3D' Jibe At Indian Selectors

Ambati Rayudu was in the fray to be picked as No.4 for India's World Cup campaign before being ignored. He then courted controversy by posting the infamous '3D' tweet and later announced the decision to quit all forms of cricket only to take a U-turn 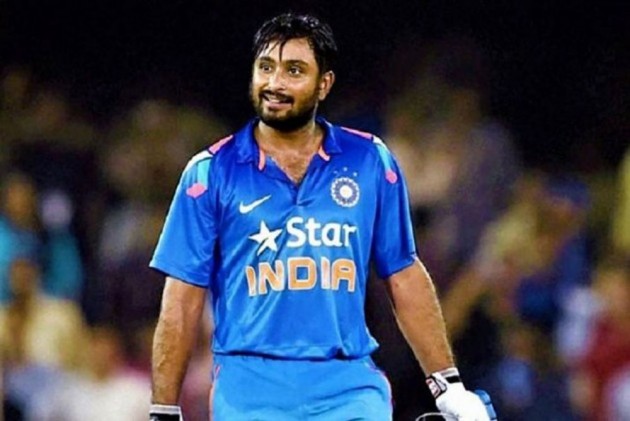 Ambati Rayudu said that he has no regrets about his "3d" jibe at chairman of selectors MSK Prasad after being dropped from the World Cup squad while revealing former India batsman VVS Laxman talked him out of the shock retirement. (More Cricket News)

The stylish right-hander was in the fray to be picked as No.4 for India's World Cup campaign before being ignored. He courted controversy by posting the infamous '3D' tweet and later announced the decision to quit all forms of cricket after Mayank Agarwal was preferred as a replacement for an injured Vijay Shankar though he was in the stand-bys.

"Just ordered a new set of 3d glasses to watch the World Cup," he tweeted on April 16, in an apparent reference to chief selector MSK Prasad's remark that Vijay Shankar was preferred because of his "three-dimensional" abilities.

Asked if he regretted putting up that tweet, Rayudu said: "I don't regret anything."

He admitted that World Cup snub did affect him.

"Yes. It was disappointing to miss out. I was looking forward to playing in it (the World Cup) ... I was prepared to play the World Cup.. It is their call to make in terms of making decisions. They must have had their plans and I am sure in the best interest of the team and without bias," he added.

Rayudu says he decided to come out of a shock retirement after paying attention to the words of wisdom from fellow Hyderabadis VVS Laxman, Noel David and officials in the Chennai Super Kings franchise.

Batting legend Laxman, former India player Noel David, who is now the Hyderabad chief selector, and the CSK management had played an instrumental role in Rayudu deciding to come out of retirement last week.

Rayudu had announced his retirement after missing out on a place in India's World Cup squad.

"CSK officials, Laxman bhai and Noel bhai talked to me and I felt it made sense to reconsider my decision to retire. I thought about it and felt it was hasty," he said during an interaction on Friday.

He also said the CSK team management had a huge role to play in his reconsidering the retirement decision, making him realise his love for the game.

"Yeah... the people at CSK played a huge role in me reconsidering the decision. They put things in perspective and made me realise that I still love the game and am fit to play," said Rayudu who has played 55 ODIs and 6 T20 Internationals.

Rayudu, who last week sent a mail to the Hyderabad Cricket Association expressing his desire to turn out for the team in all formats, said he was looking forward to enjoying his cricket again.

"In terms of Hyderabad, I am looking to enjoy my cricket and help the team to get the best out of everyone. My focus now is on playing well for Hyderabad," he added.

Rayudu, who has been playing in a limited-overs tourney for Tamil Nadu Cricket Association First Division teams in Chennai, said he had really enjoyed playing the event and it helped him prepare for the season ahead, starting with the Vijay Hazare Trophy later this month.

"I have really enjoyed playing in the TNCA tourney. The standard was very high and it was a great start to get back to cricket and prepare for the Vijay Hazare Trophy," he added.