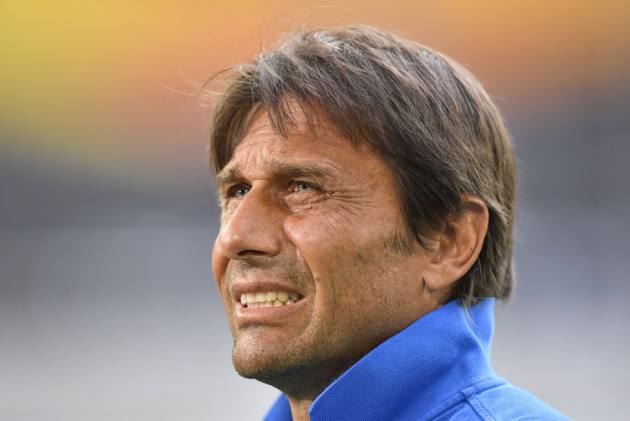 Antonio Conte has departed Inter by mutual consent less than a month on from clinching the Serie A title, the club have confirmed. (More Tennis News)

The 51-year-old guided the Nerazzurri to their first Scudetto since 2010 in just his second season in charge.

Conte, who also led Inter to the Europa League final in his first season at the San Siro helm, had another year to run on his contract.

However, amid a supposed dispute between the coach and the club's owners over salary cuts and player sales, it was confirmed on Wednesday that Conte will leave his role.

A club statement read: "FC Internazionale Milano can confirm that an agreement has been reached with Antonio Conte for the termination of his contract by mutual consent.

"The club would like to thank Antonio for the extraordinary work that he has done, culminating in Inter's 19th top-flight title. Antonio Conte will forever remain a part of our club's history."

90 - Antonio #Conte is the only manager to have gained 90+ points with two different sides in the history of the Serie A, considering three points for a win (also for Juventus in 2013/14). Warmth. pic.twitter.com/9sYg8y0FqS

Conte's future as Inter boss has been in doubt since the club's financial problems were laid bare by chairman Steven Zhang.

The Italian champions are reportedly looking to raise €100million through player sales during the close season, with Romelu Lukaku and Lautaro Martinez being linked with moves away.

Conte did not speak to the media during the closing weeks of the Serie A season, but assistant Cristian Stellini stated last week that the former Chelsea and Juventus boss needed a high-level project the club must match.

Inter lost just three league games in 2020-21 and finished with 91 points – 12 more than runners-up Milan – though they exited the Champions League at the group stage and were knocked out of the Coppa Italia by Juventus in the semi-finals.

Conte also won three league titles during his time in charge of Juventus and is the only Serie A manager to have gained 90-plus points with two different sides in the three-points-per win era.

He departs Inter having won 52, drawn 17 and lost seven of his 76 Serie A matches.