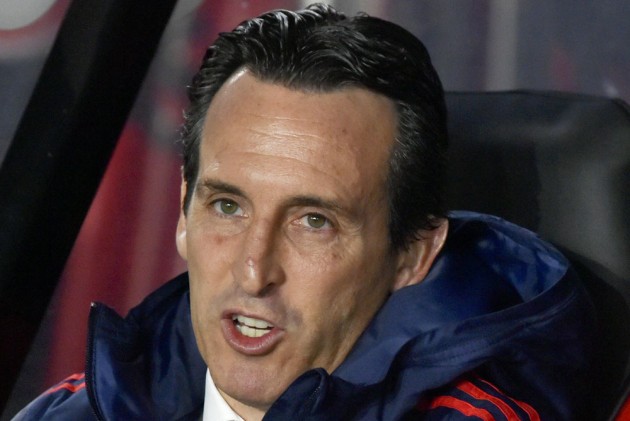 Emery was appointed in May 2018 after leaving Paris Saint-Germain and was tasked with replacing Arsene Wenger, whose 22-year tenure finally came to an end.

The 48-year-old looked a shrewd appointment early on but things quickly turned sour and a run of seven games without a win in all competitions saw him depart, along with his coaching team.

Read: Arsenal Sack Unai Emery - The Worst Run Since 1992 And Other Opta Facts

Here, Omnisport examines Emery's 18 months in charge at the Emirates.

Although Emery suffered defeat in his first two competitive games, the quality of the opposition in Manchester City and Chelsea and the obvious difficulty in replacing Wenger, meant there were few grumbles and the fans' trust was soon rewarded.

Arsenal embarked on an 11-match winning run across all competitions and didn't taste defeat until a surprise 3-2 setback at Southampton on December 16, a run of 22 games that included a 4-2 victory over north London rivals Tottenham.

Emery's capture of Lucas Torreira appeared to have solved their long-running problem in central midfield and, in attack, Pierre-Emerick Aubameyang and Alexandre Lacazette were looking potent.

Spurs got their revenge three days after the Southampton setback as Arsenal's progress came to a shuddering halt with back-to-back defeats.

The Gunners reverted to the latter days of Wenger's reign with an insipid performance and the same lack of backbone was on display shortly after Christmas as Arsenal capitulated in an alarming 5-1 hammering at Liverpool.

Successive defeats to Crystal Palace, Wolves and Leicester City effectively ended their Champions League qualification hopes and a backdoor route was also blocked as an Eden Hazard-inspired Chelsea beat them 4-1 in the Europa League final in Baku.

There was much optimism and crowing prior to the start of this season with many fans claiming Arsenal had 'won the transfer window' after beating several of Europe's top clubs to the signing of exciting winger Nicolas Pepe from Lille.

A reported £72million was spent on Pepe and he was joined at the Emirates by promising Scotland full-back Kieran Tierney and experienced centre-half David Luiz.

Another £27m went on William Saliba from Saint-Etienne but he was immediately loaned back to the Ligue 1 club as part of the deal.

It was a season of struggle from very early on.

Opening wins against Newcastle and Burnley were unconvincing and a lack of progress was evident in another disappointing day on Merseyside as Luiz's defensive frailties were horribly exposed in a 3-1 loss at Anfield.

Results gradually improved but a general lack of contentment was overtly demonstrated in the 2-2 home draw with Crystal Palace on October 27.

Emery hauled off skipper Granit Xhaka, who responded to boos from the home crowd by cupping his ear and mouthing obscenities at his detractors.

The Switzerland international was subsequently stripped of the captaincy and ostracised from the squad until making a re-appearance in the 2-1 defeat to Eintracht Frankfurt, a fitting final game for Emery.