Joao Felix has been restricted to a substitute role in recent weeks but has the backing of Diego Simeone after a scoring return to the team. 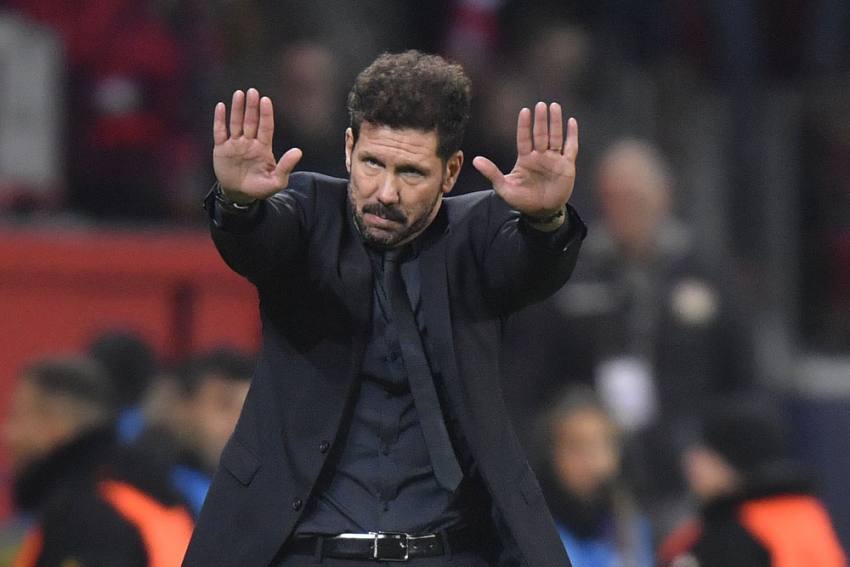 Joao Felix scored one and assisted another as LaLiga leaders Atletico beat Valencia 3-1 on Sunday, but it was the club-record signing's first league start of 2021.

The Portugal forward had not scored in LaLiga since November 7, costing him his place in Simeone's starting XI.

Even against Valencia, having attempted three shots and made two key passes, Joao Felix was withdrawn after 62 minutes for Angel Correa.

It was a move that paid off as Correa added the third goal - Joao Felix having set Luis Suarez clear for the crucial second - and Simeone hailed his changing frontline as evidence of competition in the Atleti squad.

"Joao Felix is an extraordinary player," Simeone said. "We always need him.

"The competition is high, beautiful, good. They are all eager to play and we will have to give the time we can for the good of the team.

"[Joao Felix] is growing, as he has been doing since he arrived. He is important and everything he gives us helps us."

In maintaining his unbeaten home record against Valencia, which now stands at six wins and four draws from 10 LaLiga matches, Simeone took Atleti seven points clear at the top of the table with a game in hand over second-placed Real Madrid.

The Rojiblancos coach was not interested in assessing the state of play at the summit, though, instead turning attention to Atleti's next test on Sunday.

"Cadiz, nothing more," Simeone replied when asked about the advantage over Madrid and Barcelona, who are a further three points back from Los Blancos.