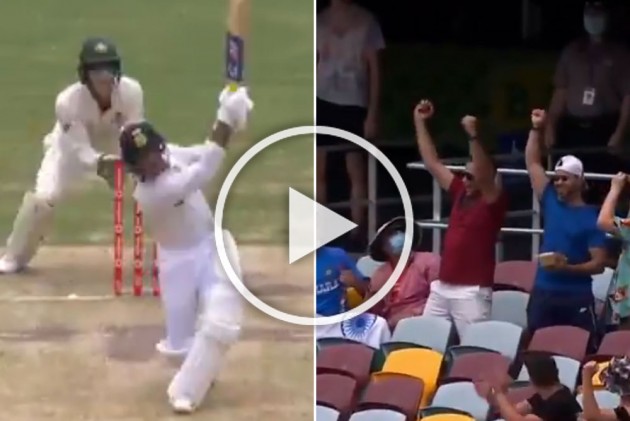 Like other Indian top order batsmen, Mayank Agarwal also failed to capitalise on his start as the visitors found themselves struggling against the Australian attack on Day 3 of the fourth and final Test at The Gabba, Brisbane.

In reply to Australia's 369, India were 253/6 (87) at Tea with Washington Sundar and Shardul Thakur adding 67 runs for the seventh wicket.

Earlier, Agarwal played his part with a 38-run knock before disappointingly throwing his wicket away in the 61st over. But during his 75-ball innings, the right-handed batsman hit three fours and a six to entertain the fans. And that maximums have earned some talking points.

A 102-metre six from Mayank Agarwal!

As it turned out, it traveled as long as 102 metres, deep into the stands. A stunned Nathan Lyon could only stand and watch.