Azhar Ali, 34, had announced his retirement after representing Pakistan in 53 ODIs before the ICC World Cup 2019. 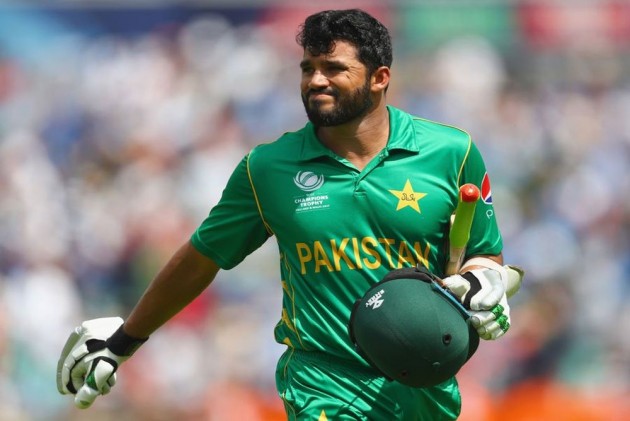 Pakistan's experienced batsman Azhar Ali has hinted that he might be willing to reverse his decision to retire from ODIs. (CRICKET NEWS)

Azhar, 34, had announced his retirement after representing his country in 53 ODIs before the World Cup. He featured in Pakistan's historic Champions Trophy win in 2017 in England.

"I decided to retire because I didn't see any place for me in the one-day squad and I felt my place was not certain for the World Cup, so I decided to call it a day from the format," Azhar said in Lahore on Thursday (August 29).

Asked if he would take back his decision if the selectors approached him to play in ODIs, the senior batsman made it clear he was always available.

"I will review my retirement decision if such a time comes but for now I am retired from this format. In fact the PCB is yet to make appointments for team coaches and selection committee so it is too early to think about my retirement," he added.

He noted that for the time being he was focusing on preparing for the coming season.

Azhar, who was made captain of the one-day squad after the 2011 World Cup, insisted he had no regrets about his decision to just focus on Test cricket.

"I think as a team we need to start doing well in Test matches and we need to not only win our home series but also go and win in countries like England, Australia and South Africa to become a top team."

Azhar, who has played in 73 Tests and also has triple and double hundreds to his credit, admitted that Pakistan's performance in the format has not been very good.

"We have struggled and I think primary reason for this is retirement of two senior players/batsman. Their retirements made a difference not just in batting but in other ways as well.

"Every team struggles when they lose senior players and it is not easy to find ready replacements. Hopefully players will come up and do well."