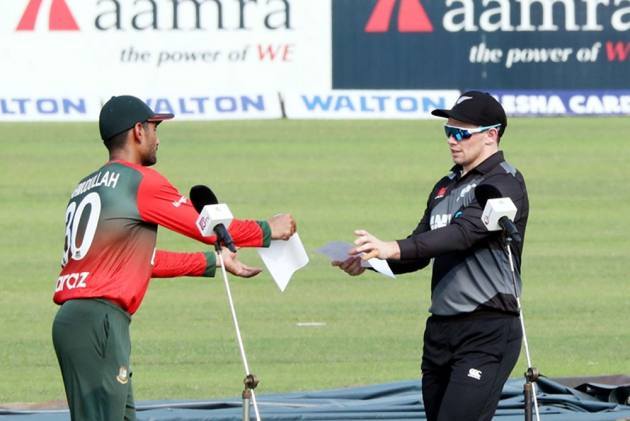 Having already registered their maiden T20 International series win against New Zealand, Bangladesh will go for the kill when the two T20 World Cup-bound teams meet for the final time in Dhaka on Friday. (More Cricket News)

Bangladesh won the fourth match by six wickets with skipper Mahmudullah keeping his calm after top-order wobble in chase of a paltry 94-run target.

For the visitors, wrapping up the tour with a win will be a big morale booster before the World Cup, which starts next month in the Middle East, where pitches are predicted to be slow turners.

Such has been the nature of the series [read: pitch] that batsmen are forced to play with extra caution with spinners dominating every turn of the game. The same script will be followed in the series finale.

Focus remains on Shakib Al Hasan. The star all-rounder, who's two wickets away from overtaking Lasith Malinga as the highest wicket-taker in T20Is, endured two poor outings. Then there are spinners, from both sides. And of course the two captains. Tom Latham is the only batsman to breach the 100-run mark in the series so far. Mahmudullah is 12 runs behind with 97.