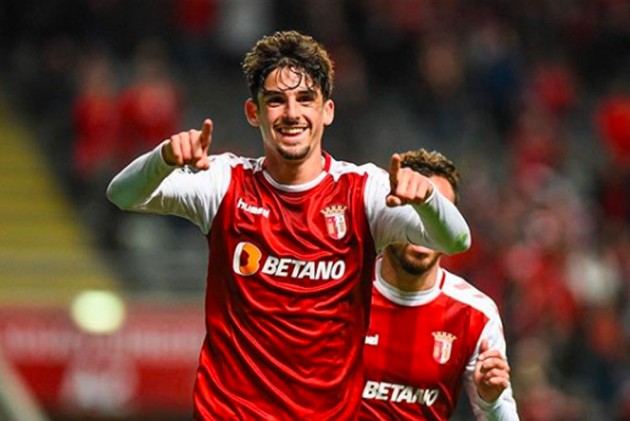 Francisco Trincao is a great talent who can prosper at Barcelona, according to Danilo Pereira. (More Football News)

Barca announced the signing of Trincao back in January, the 20-year-old penning a five-year contract to join from Braga for a €31million fee.

The Portuguese forward is to finish the season in his homeland before heading to Camp Nou and has scored eight goals in 25 league appearances, in the process impressing Porto midfielder Danilo.

For Danilo, the key for his compatriot when he heads to Spain is having the right coach at Barca to aid his development.

Danilo was in the Porto side that lost 2-1 at home to Trincao's Braga back on January 17.

"I think he's only 20 years old but he's playing very well in Braga, scoring a lot of goals. He has a lot to improve, but he's a great player," Danilo said.

"If he has the confidence and if he has a good coach for him, to help him grow, I think he will do really well in Barcelona."

Danilo was on target on Wednesday as Porto clinched their 29th Primeira Liga title with a 2-0 victory over rivals Sporting CP.

They have capitalised on a collapse by Benfica to be crowned champions again and Danilo has praised the impact Iker Casillas, the legendary goalkeeper whose retirement was confirmed in February, has had this season.

The former Spain captain moved to Porto in 2015 but had not played since suffering a heart attack during a training session last May. However, having joined the backroom staff, Casillas has continued to have a major influence.

"I like Casillas so much – he's always trying to help the youngsters," Danilo said when the Portuguese season was paused due to the coronavirus pandemic.

"He's a leader for us. I think he's a great man who tries all the time to help the people, to help the coach and everybody. For me, Iker Casillas is a legend."