What are the chances of Lionel Messi making his PSG debut can against Brest? Here's all you need to know about the match - likely XIs, TV channels, kick-off time, etc 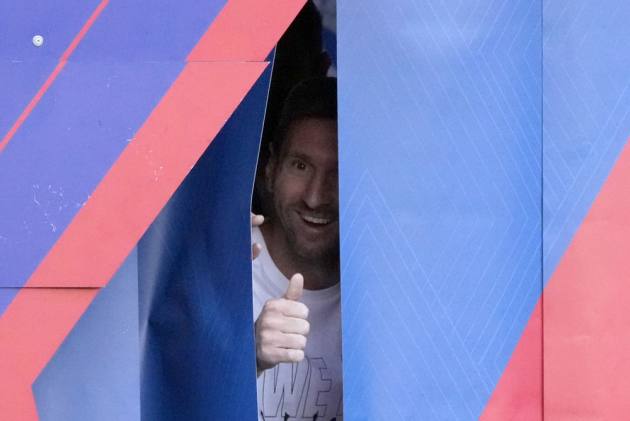 When will Lionel Messi make his Paris Saint-Germain debut? This is the question almost every football is asking right now. But fans will need to wait to little longer even as the French giants get ready for another road trip in their Ligue 1 campaign. (More Football News)

After their perfect record to the domestic league, Mauricio Pochettino's men will take on Brest on Saturday. PSG defeated Troyes 2-1 in the opener. Then during their 4-2 win over Strasbourg, PSG unveiled their latest acquisition.

Messi, who last played a competitive match in the Copa America final against Neymar's Brazil in July, has already started training, full tilt. And it gives his fans hopes that the six-time Ballon d'Or winner may well make his debut against Brest. Then there are two international matchdays, from August 30 to September 7, to consider too.

Update: Lionel Messi and Neymar have been left out of the PSG squad. But goalkeeper Gianluigi Donnarumma has been called up alongside compatriot Marco Verratti, Marquinhos and Angel Di Maria. Earlier on Thursday, Pochettino had left open the possibility that Messi could feature against Brest when he declined to specify whether his Argentine compatriot would finally make his debut.

So when will Messi take his PSG bow?

Reports claimed that the former Barcelona captain will make his PSG debut in an away Ligue 1 match at Reims on August 29. But it can get delayed, as late as September 12 -- if PSG want to make Messi's first appearance a grand affair, in front of a packed Parc des Princes crowd.

Meanwhile, PSG will look to continue their perfect start to the season. Even in Messi's absence, the Parisians already have a star-studded team, featuring the likes of Neymar, Kylian Mbappe, Mauro Icardi, Angel Di Maria, etc. -- all eager to make their presence felt.

Brest got off to a lukewarm start in the Ligue 1 campaign. They played out identical 1-1 draws at Lyon and Rennes. Bizarrely, Brest head coach Michel Der Zakarian in August revealed that watching Messi play turns him on.

"We say that we have a s**t league, but if we manage to bring in a player like that it would be exceptional," he told RMC. "I'm not going to be polite here, but he gives me a hard-on."

In the 10 previous matches, PSG are undefeated, having defeated Brest nine times. In their last meeting, PSG beat Brest 2-0 in May. Before that, PSG have two 3-0 wins in March and January.

TV Channels: There is no official broadcaster in India. But TV5Monde is likely to broadcast the match.
Live Streaming: Not available in India.

Check the global broadcasters list HERE. Live updates can be followed on the club's websites and their respective social media pages.