Villa defender Kortney Hause was the hero for the visitors after he flicked a header into the net off a corner in the 88th minute for his team's first victory over United since 2009. 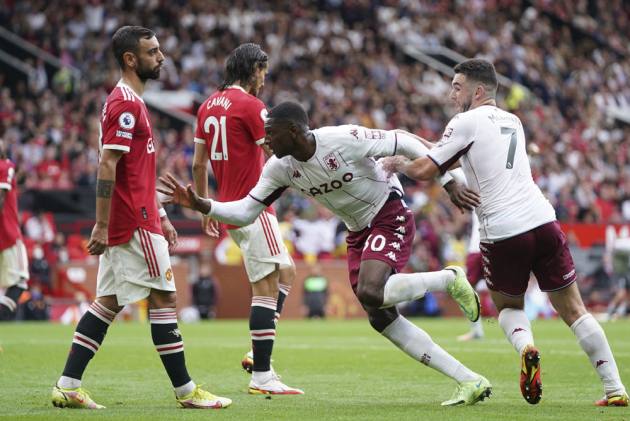 Villa defender Kortney Hause was the hero for the visitors after he flicked a header into the net off a corner in the 88th minute for his team's first victory over United since 2009.

But Hause was then whistled for a handball to set up the dramatic spot kick as United tried to rescue a point at Old Trafford.

Fernandes, who had converted a penalty in three consecutive Premier League games against Villa, adjusted the ball as Ronaldo stood nearby and then blasted it high over the crossbar.

United amassed 28 shots but just four were on target as it failed to score in a home Premier League game for the first time in 16 games.

It was United's first loss of the Premier League season and second overall after a League Cup defeat in midweek.

United defenders Harry Maguire and Luke Shaw came off injured during the game as the team looks ahead to a Champions League match at home on Wednesday against Spanish team Villarreal.