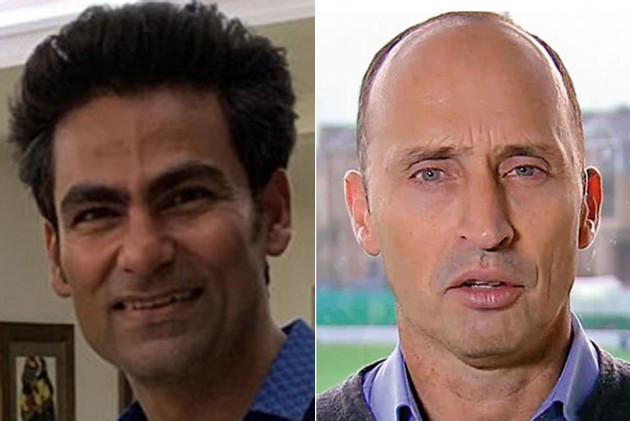 Recalling the game during a Sky Sports Cricket Podcast, Hussain said that England had dismissed the top-five of India (Sourav Ganguly, Virender Sehwag, Sachin Tendulkar, Dinesh Mongia, and Rahul Dravid) and from there, India's chances were looking bleak in the match.

Hussain admitted that when Kaif came out to the middle to bat, he ended up sledging by saying: "I think he must drive the bus, I think he drives Tendulkar around the bus".

To this, Kaif tweeted: "@nassercricket, thanks to that innings the bus driver drives a convertible now @skycricket".

.@nassercricket, thanks to that innings the bus driver drives a convertible now :) @skycricket https://t.co/2nnFyNhkhn

Hussain also said that Natwest finals in 2002 is still remembered by everyone as two then-rookies (Kaif and Yuvraj) guided India to an improbable win.

He said that if India were guided to a victory by either Tendulkar or Ganguly, it would not have had such an impact.

In fact, Kaif's stand with Yuvraj Singh was used as an example by Indian Prime Minister Narendra Modi while announcing the 'Janata Curfew ' on March 22.

In the Natwest final, India were set a target of 326 to win the match. India was struggling at 146/5 when both Yuvraj and Kaif got together at the crease.

Kaif and Yuvraj stitched a 121-run stand to drag Ganguly-led India out of a hole and guide them to a two-wicket victory against England at Lord's in July 2002.

Yuvraj was dismissed for 69 runs, but Kaif batted well the tailenders to help India seal the final with three balls to spare.