Can Sprinter Dutee Chand Ever Win An Olympic Medal? Anju Bobby George Talks About Her Chances

She may be one of the fastest in India but Dutee Chand has never impressed at the Olympic level. Is it stage fright or just average performance? 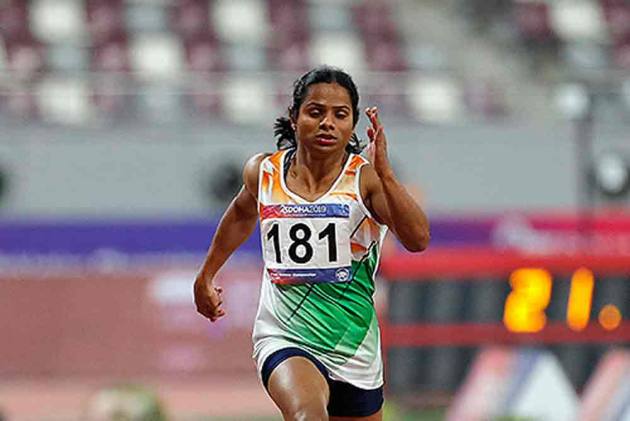 Former track and field star Anju Bobby George feels Indian sprinter Dutee Chand is far from reaching the levels of her Jamaican and American counterparts despite being an Indian national record holder and the fastest woman in the country. (More Sports News)

The Odisha girl qualified for the women’s 100m and 200m sprint events at the Tokyo Olympics but finished poorly in the heats of both the event.

“In Dutee’s case, in 100m especially, we can’t even think about qualifying for the final on the basis of her present performance,” Anju Bobby George told Outlook in an interview.

Robbed of national and international competitions last year due to the COVID-19 pandemic, Dutee began the Olympic year with double gold medals at NIS Patiala clocking 11.51 and 11.44 seconds at the Indian Grand Prix I and II, respectively, in the 100m.

The 25-year-old Dutee Chand broke her own national 100m record with 11.17 – just 0.02 seconds shy of the Olympic qualifying mark – in the Indian Grand Prix IV in Patiala a month later before making the Tokyo cut based on her world rankings.

However, at the Olympic Stadium in Tokyo, Dutee was nowhere near her national record and personal best.

Competing in lane nine in the 100m event, Dutee clocked 11.54s finishing a lowly seventh in Heat 5. Elaine Thompson-Herah (gold), Shelly-Ann Fraser-Pryce (silver) and Shericka Jackson (silver) made it an all-Jamaican podium in the final. Dutee Chand couldn’t do justice in the 200m event as well clocking 23.85s in the heats to bow out.

“In countries like Jamaica, America and other countries, the runners are all under the 11 seconds mark. In Indian conditions, 11.01s is a very good performance but in terms of the world stage, we are far from top class,” Anju, who shot to fame with a World Championships long jump bronze in 2003, observed.

Although Neeraj Chopra’s javelin gold in Tokyo brought India into the world athletics map, 44-year-old Anju Bobby George, who is involved with the government’s ambitious Khelo India talent search believes that every country should prioritise certain track and field events they are good at.

“Jamaicans are good in sprints but not in throws. So, one has to focus on things we can shine internationally,” Anju, who is the chairperson of TOPS, the government scheme that aids top athletes across sports, added. 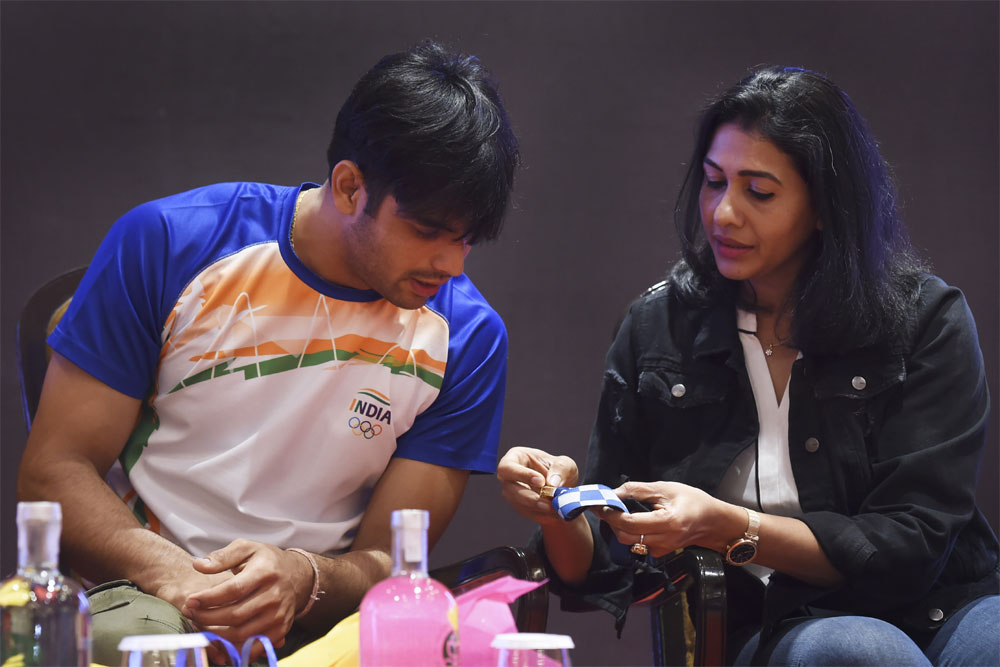 Neeraj Chopra, left, has started a golden journey but India needs to do much more to shine in track and field events at the Olympic level. PTI Photo

“We have identified a few sports and we are trying to care more about those and that’s what is required at this moment. I am not sure how many years it will take to win international medals in sprints,” said the 2004 Khel Ratna recipient.

“We already got gold (in javelin) so we are on the right path. We are slowly and steadily moving ahead compared to the past when we were nowhere in the scene. Now the bench strength is also very good,” said Anju, who is a senior vice-president in Athletics Federation of India.

PEAKING AT THE RIGHT TIME

With Asian Games, Commonwealth Games and World Championships coming up next year, Anju felt India have peaked at the right time in athletics at both junior and senior levels. Apart from seven medals at the Tokyo Olympics, India have also won one silver and two bronze at the Under-20 World Championships in Nairobi last month.

“Altogether, the development is good and this is the beginning I believe. When I was in competition, I was alone and no one was near. There was no supporting performance from our country but now it’s not only Neeraj but many others who have the potential to be at the top both in junior and senior level,” said the former long jumper.

“Neeraj is just 23 and he will be definitely there. From junior level, you can expect Shaili Singh (long jump) to be in the mix. Kamalpreet Kaur (discus throw), senior and junior race walkers, Avinash Sable (steeplechase) are going to sustain at the top level. Next year will be a good time to access how we are improving,” said Anju.