Atletico Madrid face Bayern Munich in a crucial Champions League match but are set to be without striker Luis Suarez for a fourth game running. 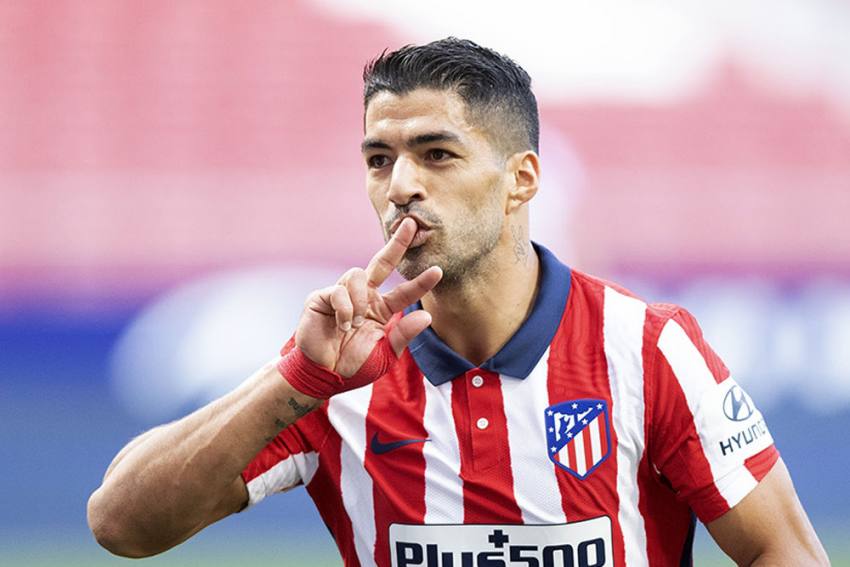 Luis Suarez has been left out of Atletico Madrid's squad for Tuesday's Champions League clash with Bayern Munich after returning another positive coronavirus test. (Football News)

The Uruguay international has missed Atletico's last three matches, including a reunion with former club Barcelona, after contracting COVID-19 while away with his country.

Despite Suarez not featuring on the 22-man squad list published by Atletico on Monday, however, head coach Diego Simeone is not completely ruling out the striker.

"This virus is strange. It is possible that tomorrow he tests negative and is fit. He has been training and wants to help the team," Simeone said at his pre-match news conference.

"We will have to wait and see what happens and then inform you. I spoke to him yesterday and he felt good, wanting to be with the rest of the team.

"The most important thing is he is well. If he doesn't play tomorrow he will play on Saturday."

Suarez had been in fine form for Atletico before being ruled out, scoring five goals in his first six LaLiga appearances after joining from Barca for a nominal fee in September.

The 33-year-old's 1.2 goals per 90 minutes is the highest of any player in the division to have played at least three matches, with Valencia's Manu Vallejo (1.02) next best.

His six league goals have come from 22 shots, eight of those on target, both being the most of any Atleti player this season.

Bayern are also without key players for the Group A clash, meanwhile, as Robert Lewandowski, Manuel Neuer, Leon Goretzka and Corentin Tolisso have not made the trip to the Spanish capital.

Alphonso Davies and Joshua Kimmich are unavailable for a Bayern side already assured of top spot, but Simeone insists the competition holders cannot be taken lightly.

"The squad selection is a decision made by the Bayern coach," he said. "This Bayern side understand how to compete in each game they play.

"They have very good players and have almost all of their attackers available, with lots of goals in the side. That is a great strength that they have."

Atletico have picked up five points from the same number of games and are two ahead of third-place Lokomotiv Moscow, who host Salzburg on Tuesday.

Bayern won the reverse fixture with Atleti 4-0 last month but Simeone wants to see his side take the game to their opponents and remain on course for a place in the last 16.

"In football you need forcefulness," he said. "After two draws, one loss and one victory, our margin is short. We are in need of points.

"Whatever the results have been in the previous games, we have to look at where we can do damage against Bayern."