Live Streaming Of Chelsea Vs Manchester City, Premier League: Confirmed Starting XIs And How To Watch 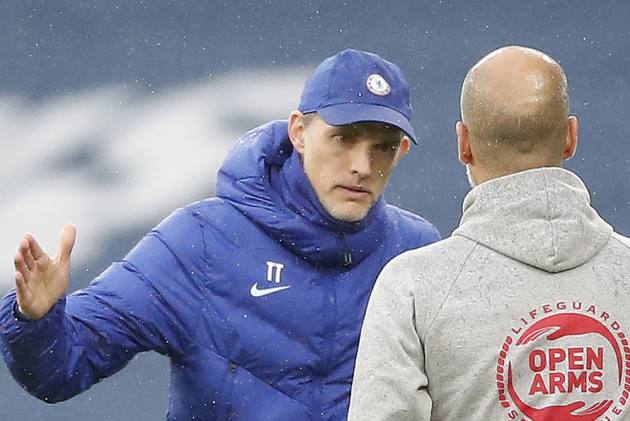 Defending English Premier League (EPL) champions Manchester City travel to league leaders Chelsea for a mouth-watering clash on Saturday. This will be a repeat of the UEFA Champions League final, which was won by Thomas Tuchel's Blues. (More Football News)

The match at Stamford Bridge kicks off at 5:00 PM IST. Star Sports network has the rights to show Premier League matches in India. Also, streaming is available on Disney+ Hotstar VIP and JioTV.

Also, Tuchel is one of the very few managers who can actually trouble City manager Pep Guardiola. And the German has numbers to show. Tuchel is going for a fourth successive win against Pep.

Chelsea have started the new domestic season in England in a rousing fashion, winning four of the five matches so far. They are unbeaten and lead the points table.

City have also played five matches, winning three. But lost at Tottenham and were held to a goalless draw by visiting Southampton in the last league match.

Tuchel has made four changes to the Chelsea team that beat Tottenham Hotspur 3-0 in their last league match. Edouard Mendy returned in goal. Reece James, N’Golo Kante and Timo Werner are all back. Meaning, Kepa Arrizabalaga, Thiago Silva and Kai Havertz are dropped to the bench.

Pep also made four changes to the side that drew 0-0 with Southampton. Kevin de Bruyne, Phil Foden, Rodri and Aymeric Laporte are back. Nathan Ake, Raheem Sterling and Fernandinho are on the bench.