Players are scared to restart the Premier League season, according to Manchester City forward Sergio Aguero 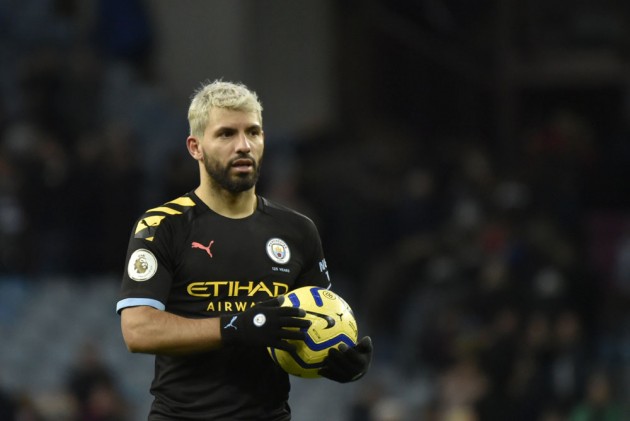 Manchester City star Sergio Aguero believes most players are "scared" to return to action in the Premier League amid the coronavirus pandemic.

Reports say England's top flight could resume as early as June after being suspended in March, with a meeting set to be held on Friday.

But Aguero feels most players are fearful amid the COVID-19 crisis, with more than 233,000 deaths worldwide from among those to test positive for the virus.

"The majority of players are scared because they have family, they have children, they have babies," he told El Chiringuito TV.

City's all-time leading goalscorer and...COMMENTATOR! @aguerosergiokun joins us for today's CITY+ Watch Together! You won't want to miss it!

The United Kingdom has been hit hard by coronavirus, with more than 171,000 confirmed cases and a death toll exceeding 26,000.

Argentina international Aguero said the fact some people could be asymptomatic was worrying.

"I'm scared but I'm with my girlfriend here and I'm not going to be in contact with other people. I'm locked in my house and the only person I could infect is my girlfriend," Aguero said.

"They're saying that there are people that have it and don't have any symptoms but still infect you. That's why I am here at home.

"Maybe I have the illness and I don't even know."

City were 25 points adrift of leaders Liverpool when the Premier League was suspended, while they were still competing in the Champions League and FA Cup.