The 38-year-old Dwayne Bravo played his final international game for West Indies as they lost to Australia by eight wickets in T20 World Cup. 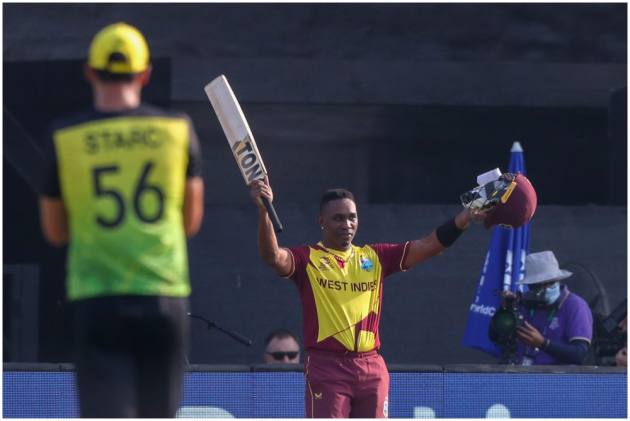 Just-retired Dwayne Bravo said he intends to play franchise cricket for some more years if his body allows and insisted that time was right to finally call time on his international career and let the younger players take West Indies cricket forward. (More Cricket News)

Bravo, 38, played his swansong game as West Indies exited the T20 World Cup following an eight wicket defeat against Australia. He came out of retirement in 2019 to help West Indies defend their T20 title but it could not happen as they could manage to win only one of their five Super 12 games.

“I will continue playing franchise cricket for a few more years as long as my body will allow me to,” Bravo, who played for West Indies for 18 years, said during the post-match press conference.

“My aim was to retire a few years ago, but with a change of presidency and change of leadership comes a change of heart, and I wanted to give back to West Indies because I was still in a good place physically and enjoy my cricket,” he said.

“....I think this was the right moment for me to walk away from the game, and allow the next generation and young players who I share a very good friendship with to come through.

“They still see me around but more passing information around as policy and trying to give my experience back to the next group of players, and hopefully they can also have a 12 to 18-year career as well,” Bravo added.

Asked about the special moments of his career, he mentioned getting his Test cap at Lord's and ‘walking on the field for the first time’. “That was a special moment. Obviously my childhood hero, Lara, was a captain. That was very special. Winning the ICC Champions Trophy in 2004 was another specialty moment for me.

“My first Test against South Africa, another special moment. And obviously the two T20 World Cups was a special moment for me. It was good that I was able to have some success throughout my career.” Bravo shared his special bond with skipper Kieron Pollard, who was instrumental in his coming out of retirement.

“In terms of friendship with Polly, as he said before, I'm his senior but when he come into cricket at a very young age, we all spotted his talent and his ability. I wish he could have played some Test cricket. He didn't even know he was good enough or qualified to play.

“But to see the way he went on and become a superstar in the game, and regardless of what people might say with him not playing Test cricket, he has his own legacy, and he's a superstar of the game and we should be grateful, I am grateful to have him as a teammate and more so a friend.

“I'm still very happy with the way how we lead West Indies cricket in the last two years, and West Indies need strong leadership, and he's a strong leader. We know this wasn't meant to be, but I know as an individual, he will bounce back strong with his character, and I'm very happy that I was able to be a part of this journey with him."

Asked to confirm whether Chris Gayle has also officially quit international cricket, Bravo said: “He said half of it. He halfway retires. He still has some cricket left. I'm not sure what he's decided yet, but yeah.” Bravo said he would not mind taking up coaching role in future.

“It's only fair that I love to give back to the game that has given me so much.”