Rohit Sharma (127) and Cheteshwar Pujara (61) set up India's big second innings total of 466 in the fourth Test against England at the Oval, London 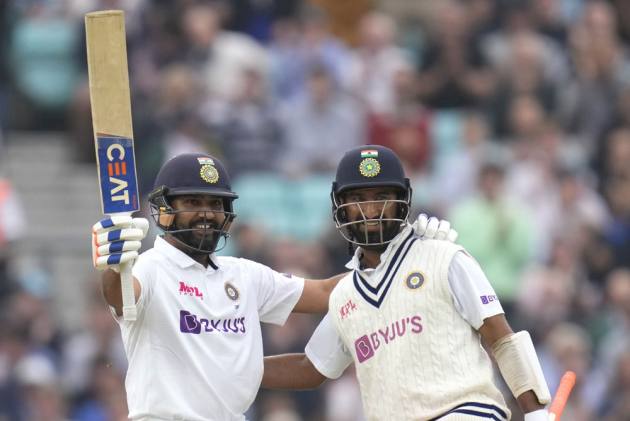 Senior players Rohit Sharma and Cheteshwar Pujara didn't take the field during the England second innings on the fourth day of the fourth Test here, having sustained a knee and ankle injury respectively during their stand of 153.

Rohit (127) and Pujara (61) set up India's big second innings total of 466 but during the course of the innings Pujara had twisted his ankle and had it strapped for the better part of his innings.

Rohit also suffered a knee injury during the course of his hundred. It is still not clear if the duo will take field on the fifth day.

"Rohit Sharma and Cheteshwar Pujara will not take the field. Rohit has discomfort in his left knee while Pujara has pain in his left ankle. The BCCI Medical Team is assessing them," BCCI said in a press note.

England are chasing 368 in their second innings.