Pujara's position is once again under scrutiny as India's middle-order mainstay has looked off colour in last four Tests. 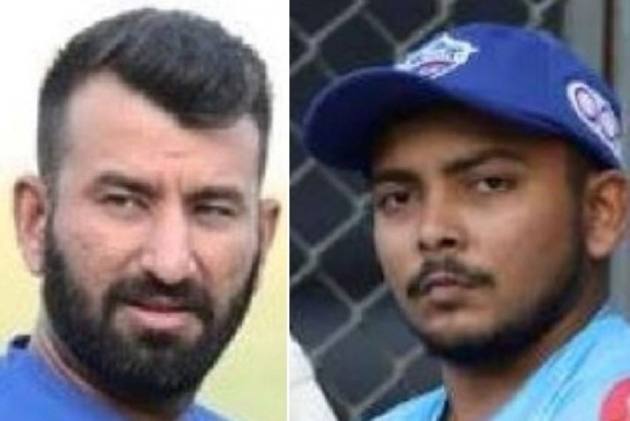 Former Australia spinner Brad Hogg feels young Prithvi Shaw is more suited for the number three spot in Test cricket and is the top candidate to step in place of Cheteshwar Pujara if India think of replacing the veteran India batsman in the series against England. (More Cricket News)

Asked by a fan if wicketkeeper batsman KL Rahul should come in for Pujara in the five-Test series against England, the 50-year-old left-arm spinner said Shaw, who opens the innings, would be a better pick.

"If anyone was going to replace Pujara it would be Prithvi Shaw. Feel he is more suited there than opening. Has a lot of talent and long future. He is not in the tour group but a wild card choice. #EngvIND," Hogg tweeted.

Shaw, who has represented India in five Tests and three ODIs, is part of the national squad in Colombo selected for the limited-overs series against Sri Lanka, starting July 13.

After the eight-wicket loss to New Zealand in the inaugural World Test Championship final last month, India skipper Virat Kohli had hinted at an overhaul in the Test team.

Without taking any names Kohli had expressed his displeasure at some players for not showing enough "intent" to score runs.

Notably, Pujara, who played crucial knocks in the Australia tour and scored a fifty in the first Test against England in Chennai, has looked off colour in last four Tests.