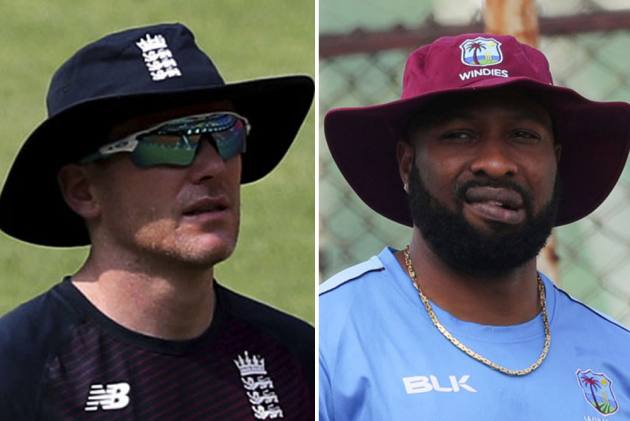 Holders and two-time champions West Indies face England in the second Super 12 match of ICC Men's T20 World Cup 2021 in Dubai, UAE on Saturday. This will be a repeat of the last edition's final at Eden Gardens, Kolkata five years ago.

On that fateful April night, Carlos Brathwaite hit Ben Stokes for 6,6,6,6 in the final over to help Windies become the first-ever side to win two T20 World Cups. Sadly, both are missing. But the action will be worthy of global attention.

Eoin Morgan's England are the top-ranked side in the world, while Kieron Pollard's Windies have a veritable line-up of globe-trotting superstars, best suited for this bang-bang version of cricket.

England lost to India in their first warm-up match, then beat New Zealand. But the Windies lost both ther games, to Pakistan and Afghanistan.

This will be their 19th meeting in T20 Internationals. West Indies lead the head-to-head record, 11-7. But England have won the three meetings, comprehensively.

Overall, England have a 73-59, win-loss record in their previous 137 matches. There were five no results.

Windies have a 64-71, win-loss record in 144 previous outings with nine no results. Three of their last four outings were no results.