With this 86-run win over RR, KKR have all but sealed the final IPL 2021 playoff qualification spot, putting MI out of contention. MI's match vs SRH is now nothing but a dead rubber. 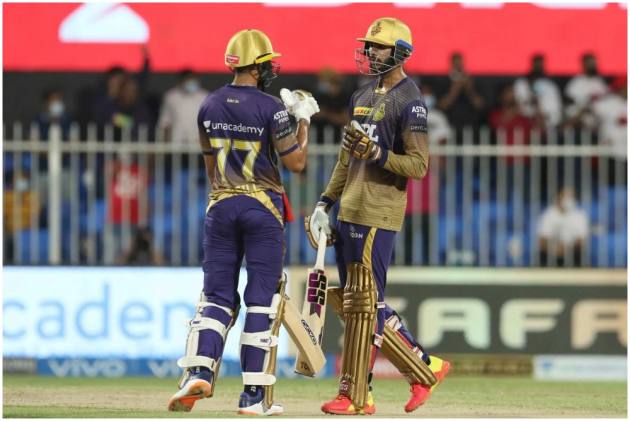 Kolkata Knight Riders (KKR) skipper Eoin Morgan said they did everything right on the field on Thursday and deserved to end up on the winning side against Rajasthan Royals (RR) by 86 runs, virtually assuring their IPL 2021 playoff berth.

With this huge win, KKR not only improved their net run rate but also knocked Mumbai Indians (MI) out of the contention as it is impossible for the Rohit Sharma-led side to rise over KKR even if they win. For MI, they literally need to win by a 170-plus margin against Sunrisers Hyderabad on Friday, which is next to impossible.

“I don’t think it could have got better. Losing the toss and batting was difficult. The start we got was fantastic. (Shubman) Gill and (Venkatesh) Iyer have been our shining light. To get 170 we thought was in a commanding position. A really strong performance today,” Morgan said after the match.

“Having aggressive players coming in the middle order helped us kick...I am not too attached to things as to what will happen and what won’t happen... We have done everything tonight. We deserved to win...”

Morgan said Bangladesh star all-rounder Shakib Al Hasan has lived up to the team’s expectation with his stellar performance, having replaced injured Andre Russell in the last two matches of the UAE leg. “He has contributed massively. We are taking it day by day (with Russell), so he’s working incredibly hard. Fingers crossed.”

“Those were the challenges (losing Stokes, Buttler and Archer)... Being the captain, I changed the way I look at my innings. I look at the conditions and the batsmen around me. Always thinking about the match situation... That got me a bit more runs,” he said.

“(But) I am very proud of the character we showed. We were losing some easy games. We wanted to do well mindset wise. We need to play a better standard of cricket.”