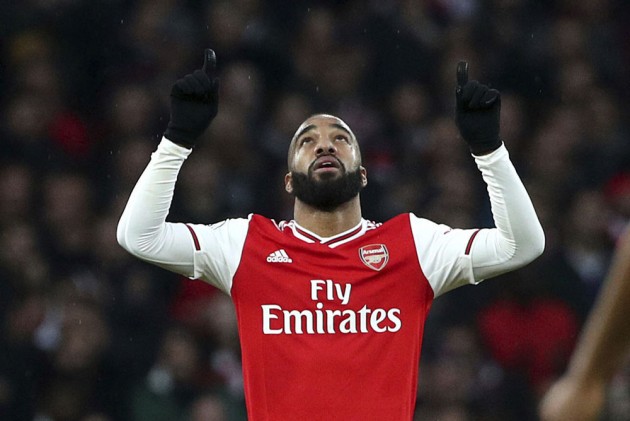 Alexandre Lacazette scored deep in stoppage-time to rescue Arsenal a 2-2 draw at the end of a disjointed performance against struggling Southampton. (More Football News)

James Ward-Prowse looked to have scored the winning goal on his 250th appearance for Southampton as his side sensed a first Premier League victory in eight games might have been in the offing.

Unai Emery's men gave supporters precious little cause to believe they have the right coach in place to turn their fortunes around and Danny Ings' second goal in as many games gave a gung-ho Saints side the lead after just eight minutes at Emirates Stadium.

Lacazette - one of few Gunners players to come out of this game with any credit - took advantage of Southampton's rickety defence to fire in an equaliser after 18 minutes but thereafter the hosts were sloppy in attack and ragged at the back.

Ward-Prowse stepped up to take a penalty with 19 minutes left on the clock and buried the rebound after Bernd Leno saved his spot-kick, only for Lacazette to level from close range 96 minutes into a contest his below-par team-mates will want to forget.

The points are shared in north London#ARSSOU

Stuart Armstrong shot narrowly wide from 20 yards to give Arsenal a wake-up call in the opening minute but matters got worse for the hosts moments later.

A quick Ryan Bertrand free-kick released Ings who scampered into the box unopposed and stroked the ball past the on-rushing Bernd Leno, beating the goalkeeper with a shot that struck the near post and rolled into the net.

The Saints' poise in attack was undermined by their haphazard defending and Lacazette powered an equaliser home, finding the bottom-left corner of the net from 12 yards after Pierre-Emerick Aubameyang's effort rebounded to him.

Emery sent on Nicolas Pepe, who promptly went clean through on goal but hesitated, allowing Jan Bednarek to get back and cut out the danger, before Nathan Redmond blazed over the crossbar from 20 yards at the other end.

The game hung in the balance until Tierney brought down Ings to present Ward-Prowse with the opportunity to restore Southampton's lead from the penalty spot and he scored at the second attempt, sweeping the ball into the unguarded net with Leno on the floor after making an initial save.

Arsenal squandered numerous injury-time chances before substitute Gabriel Martinelli burst down the left and crossed deep to Lacazette, who reliably arrowed home from six yards to salvage a point.

What does it mean? The end is surely nigh for Emery

Should Arsenal opt to keep Emery at the helm any longer, he must transform ineptitude into fluency to avoid further embarrassments. Nothing about his side's display here suggests he will do that.

Bertrand and Redmond light up the left

Southampton got all their joy down the left flank, where Bertrand's quick thinking and Redmond's tendency to shoot on sight ensured Arsenal could never rest.

Time and again Mesut Ozil and Lacazette would drop deep to launch Arsenal into attack, only for Tierney to quell his own side's threat with crosses that went nowhere near the goalmouth.

Arsenal are at home again on Thursday when Eintracht Frankfurt visit in the Europa League, while Southampton have a week to recover before entertaining Watford in the Premier League.