EPL 2019-20, Arsenal Vs Burnley: David Luiz Makes A Mockery Of Himself With Clueless Gunners Debut – WATCH 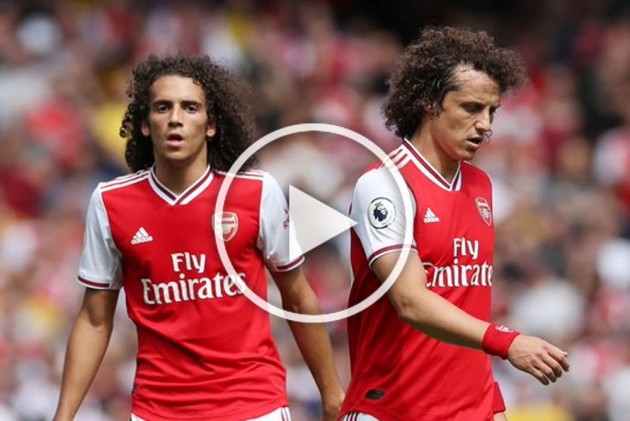 David Luiz's Arsenal debut against Burnley during their second match of the 2019-20 English Premier League campaign on Saturday started off in worst possible manner.

A deadline-day signing from Chelsea, Luiz joined Dani Ceballos and Alexandre Lacazette in the XI as Unai Emery made three changes to the team that won 1-0 at Newcastle United.

But the Brazilian soon became a target of angry fans after allowing Ashley Barnes was allowed to score a 43rd-minute equaliser.

In a nervy debut at the Emirates, the 32-year-old was also seen spraying passes.

Chelsea will miss the passing prowess of David Luiz. What a pass from the Brazilian! ðÂÂÂÂÂÂÂÂÂÂ¥ pic.twitter.com/eUspQNPiVd

But Luiz, who looks almost identical to teammate Matteo Guendouzi, managed to elicit some laughter among Arsenal faithfuls.

OK, this is ridiculous. David Luiz and Guendouzi need to play Rock, Paper, Scissors to see who gets a haircut. Too confusing to have them both playing at the same time.

trying to keep up with which one is guendouzi and which one is luizðÂÂÂÂÂÂ#ARSBUR pic.twitter.com/qrJ2tozs01

It’s not just the hair. Guendouzi and Luiz have the same posture and looks the same moving on the ball. It’s uncanny. #Arsenal

But as the match progressed, the experience defenders settled into the heart of the Arsenal defence, and ended up playing full 90 minutes.

Alexandre Lacazette opened the scoring in the 13th minute, but some defending effort from Gunners' backline allowed the visitors to draw parity just before the break.

But Pierre-Emerick Aubameyang scored a screamer in the 64th minute to give Arsenal lead, and hold onto it to register a second win in two games. Both the goals were set-up by another new signee, Dani Ceballos.