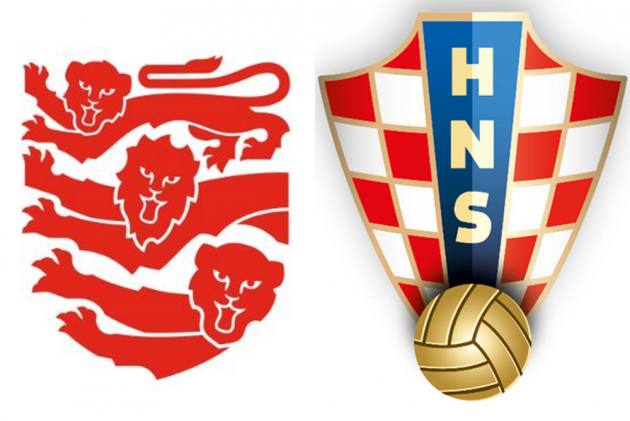 There’s an indicator of why England have never won the European Championship. In nine attempts, they never won an opening match at the tournament. Not even when their first match was at Wembley in 1996.

A quarter-century on, England open another continental campaign at their national stadium against the team that prevented Gareth Southgate’s side reaching the FIFA World Cup final three years ago. Croatia on Sunday will face a team refreshed since losing 2-1 and denied a shot at adding to their only major title at the 1966 World Cup.

“Historically, some of those opening matches England have flown out of the blocks, we haven’t kept the ball as well and we have suffered later in stages of games,” said Southgate, who was in Euro ‘96 side that was held 1-1 by Switzerland in England’s opener. "How do we pose Croatia as many problems as we can?"

Led by 2018 World Cup Golden Boot winner Harry Kane, only nine members of that squad made the cut for the expanded 26-man group for a cross-continental European Championship that could see England play six games at Wembley — if they reach the final.

“We are going to have some young players on the pitch there is no doubt about that,” Southgate said. “So how do we balance that with players that have had big match experience and are good talkers?”

Such are the quandaries facing Southgate five years into a job he assumed in the wake of England’s embarrassing last-16 loss to Iceland at Euro 2016.

On the injury front, center back Harry Maguire and midfielder Jordan Henderson might not be fit enough to start. There's also fatigue to consider given the heat forecast for Sunday and the fact seven players were involved in the Champions League final two weeks ago when Chelsea beat Manchester City.

What Southgate won’t be doing is trying to overload the starting XI against Croatia with too many of the exciting attacking options and leave it unbalanced. Perhaps Kane is the only certain starter, with Raheem Sterling, Jadon Sancho, Jack Grealish and Phil Foden vying for roles.

England are planning to make the most of being allowed five substitutes for the first time at a tournament. But in assessing the starting lineup, which assistant coach Steve Holland said has already been decided, England’s coaching staff have been recalling the fate of Argentina at the 2018 World Cup.

“They had (Paulo) Dybala, (Angel) Di Maria, (Sergio) Aguero, (Gonzalo) Higuain, Lionel Messi,” Holland said. “So you have an amazing array of talent, but they went out in the round of 16. This is not fantasy football.

“It is nice to play that game, but you can’t just throw four or five players together. What that team showed is that if you try to cram too many in you don’t even get the best of the individuals that if you play with fewer, they can provide.”

How to counteract Croatia’s likely midfield three of Mateo Kovacic, Marcelo Brozovic and, of course, Luka Modric, is weighing on England’s minds after being over-run in that territory in 2018. It’s about finding the balance between being aggressive applying pressure and holding back with a key role potentially for Declan Rice, who only made his debut last year.

“If you come too early and don’t quite get that right, they’re really clever and they can pick you off and play in behind you,” Holland said at the team's St. George's Park training HQ.

“If you have a defensive block from the deepest player to the highest player, when they’re inside that block there’s a good opportunity to get pressure.

“When the midfield players are outside that block, there’s a choice to be made. That choice is whether it’s better to wait, because they’re a long way from the goal. There might be periods where you don’t have the ball but you still have good stability without it, and when you recover it, you can still hurt the opposition.”

Since the World Cup, when Croatia lost the final to France, Zlatko Dalic's side has lost and drawn with England in the UEFA Nations League.

Unlike England, Croatia have won opening matches at the European Championship — four times, in fact, and drawn another. England have drawn five and lost four of them, including at their championship debut in 1968 against Yugoslavia, which Croatia used to be part of.