Five Brazilian Youngsters Who Are Eyeing Transfers To Europe 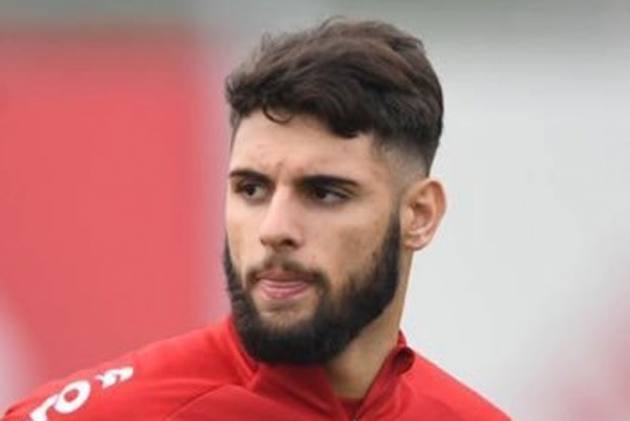 Young Brazilian players are keen to join European leagues during the current transfer window and could be bargains for clubs seeking last-minute deals.

Some of them are already on the radar of Brazil coach Tite and have had impressive performances in the first half of the Brazilian championship.

Here are a few names to keep an eye on:

The 21-year-old Athletico left-back won gold with Brazil at the Tokyo Olympics and follows in the footsteps and style of his former teammate Renan Lodi, now at Atletico Madrid. Abner is better up front than in the back, like many Brazilians wingers, but his stamina shows there's a lot of room for improvement. He has been linked to Portuguese clubs since turning professional in 2019. Website Transfermarkt estimates he is worth 7.5 million euros.

The 20-year-old Palmeiras defensive midfielder was one of the keys for his club as it won the latest edition of the Copa Libertadores. His pace, marking and passing earned him comparisons with Manchester City's Fernandinho. His skill has also made local fans see some of Paul Pogba in him. Brazilian media reported that Watford made an offer of 12 million euros for the left-foot player earlier this year, but Palmeiras refused. Coach Abel Ferreira reportedly doesn't want Danilo to leave.

The 21-year-old striker started at Santos, but his status has improved since joining Internacional last year. Once linked to Barcelona, Alberto has scored 14 goals in 37 matches for his team this year. His most notable accomplishment in the current Brazilian championship was a hat-trick earlier this month in Internacional's 4-0 win over defending champion Flamengo. Transfermarkt estimates his market value at 6 million euros.

The 22-year-old Atlético Mineiro right-back is sharp with the ball at his feet and is also a good passer. Fiorentina is interested in signing him, but his Brazilian club reportedly rejected an offer of 7 million euros. Guga is one of the key players in the team that leads the Brazilian championship after 16 matches and also played an important role in Atlético reaching the Copa Libertadores semifinals. He is often compared with former Bayern Munich right-back Rafinha, also due to his height.

The 23-year-old defender has improved from fourth choice for his position at Corinthians to unchallenged starter since the beginning of the year. He has made his team's defense one of the steadiest in the Brazilian championship. His interceptions, aerial skills and clean tackles have made him a fan favorite. Victor was booked only once in the latest 16 matches. Transfermarkt says his market value is 800,000 euros, but Corinthians is expected to ask for more.