The RCB wicketkeeper-batter is having a good run in IPL 2021. His 78 not out Vs Delhi Capitals on Friday is also his career-best T20 score. 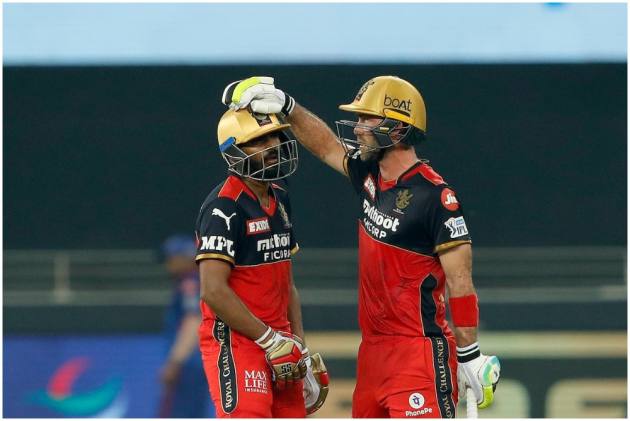 Royal Challengers Bangalore’s (RCB) latest star Srikar Bharat said that his senior partner Glenn Maxwell had complete faith that the Andhra wicketkeeper-batter could finish off the last IPL 2021 league game against Delhi Capitals (DC), which he did with a last-ball six.

Bharat, who has had a good IPL with the bat, smashed 78 not out off 52 balls as he kept calm under pressure and lofted Avesh Khan for a straight six with five needed off the last delivery to chase down DC’s target of 165.

The result of the match didn’t have a bearing on the points table though as DC finished on top with 20 points and RCB on 18 but in third place due to inferior net run-rate (-0.140) compared to Chennai Super Kings (CSK) (+0.455).

Asked what was the talk before the final over, Bharat spoke how Maxwell boosted his confidence.

“The last over... me and Maxi were talking about what are the areas we can access. He said, watch the ball and get bat on the ball... The last 3 balls, you know I asked him whether to run, he said ‘no, you can finish it off’. It gave me a lot of confidence,” said Bharat, who has had couple of good scores of 32 against Mumbai Indians and 44 against Rajasthan Royals.

Bharat said he didn’t want to think too much ahead during the last over. “I was just focused on one ball which is coming next. rather than thinking of too many things. I kept it very simple and as a team we did very well and we pulled it off,” he added.

What has worked for Bharat in the UAE leg is the fact that he loves facing fast bowlers and DC has three genuine quicks in Kagiso Rabada, Anrich Nortje and Avesh.

“I love fast bowling, to be honest. I have played for India A and am also a part of the Indian team, you get to play with the best bowlers in the country. It wasn't a surprise element for me to play pace. I would love someone who is giving pace so that you can work the ball instead of hitting the ball hard. I found it really interesting and I was enjoying the challenge,” he added.

Bharat has been regularly batting at No 3 in this phase of IPL but the management has told him that order will remain flexible.

“We are flexible to go at any order. It was communicated fair enough. Everyone is up for their challenge. I don't think there is any miscommunication. When the chances are given to you, you want to do well and finish it off well,” the 28-year old keeper-batter said at the virtual post-match media interaction.