Once a vital cog in India and KKR's attack, Kuldeep Yadav has struggled recently and he is not a regular in the playing XI 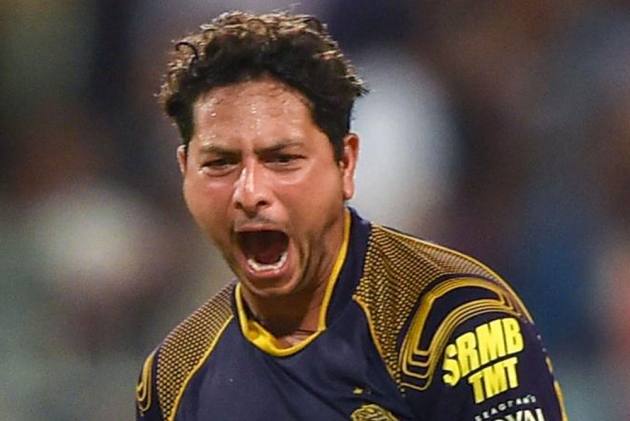 Left-arm wrist spinner Kuldeep Yadav may have struggled to keep a place in the playing eleven of the national team as well as in the Kolkata Knight Riders side but veteran off-spinner Harbhajan Singh does not see anything wrong with his bowling and said he would come back stronger. (More Cricket News)

Once a vital cog in India and KKR's attack, the chinaman bowler has struggled recently and he is not a regular in the playing XI.

"I don't see anything with Kuldeep's bowling. He's been a match-winner for Team India and for KKR. I'm sure he will come good for KKR and also later on for Team India as well," Harbhajan said, strongly backing the fellow KKR spinner.

Last season, Kuldeep returned with just one wicket in five matches, of which he was not given the ball in one. Kuldeep was also a member of the Indian squads in the recent series against Australia and England.

But he played in only one ODI in Australia and one Test and two ODIs against England without any noteworthy performances.

"Kuldeep is a big matchwinner. Nobody told him how to bowl when he first played for India. He still has the same skill-set which has in fact improved now. It's about time," Harbhajan said.

"He is putting the same efforts. Knowing Kuldeep Yadav, I know he's a hard worker and he will come back strong. This is part and parcel of a player and has happened with many great bowlers."

The 40-year-old Harbhajan, who was bought by KKR for Rs 2 crore at this year's auction, made his debut in purple jersey in what has been his 23rd professional season.

His KKR skipper Eoin Morgan pressed Harbhajan into action in the very first over to get a match-up with David Warner.

Harbhajan, in fact, almost dismissed Warner in the fourth ball but Pat Cummins dropped the Sunrisers Hyderabad captain in an eventful first over.

"My goal has always been to play cricket. I was a bit nervous initially and then I told myself to relax myself and bowl the way I've been doing all these years. Glad that I bowled that first over well."

Harbhajan was not given the ball again in the match which Morgan later described to his match-up strategy, but the off-spinner did not mind.

"I was waiting to bowl more but it didn't happen. I'm sure going forward I'll be bowling many more overs for KKR and win those small little moments."

KKR started off their campaign in an emphatic manner, defeating SRH by 10 runs and Harbhajan hoped that they would come good this season, having missed the play-offs in 2019 and 2020.