I Became A Big Fan Of Rahul Dravid After 2003 Adelaide Test: Vijay Shankar 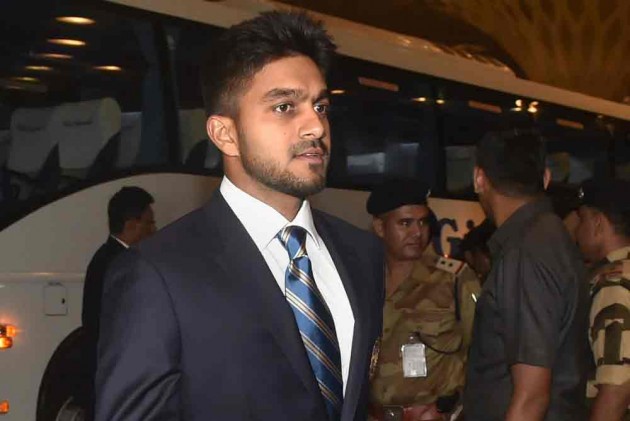 Sunrisers Hyderabad all-rounder Vijay Shankar revealed to skipper David Warner that he looked up to former India captain Rahul Dravid and also singled out his knock at Adelaide as his favourite. (More Cricket News)

Shankar joined Warner for a live video session on popular social media platform Instagram and the duo spoke about a variety of things, both on and off the field. "I looked up to Rahul Dravid growing up, I became a big fan of him after the Adelaide Test in 2003, that was an amazing knock," Shankar told Warner.

The segment is called Warner's Corner. Shankar was talking about the second Test between Australia and India in the 2003 edition of the Border-Gavaskar trophy where Rahul Dravid helped India clinch a famous victory. He scored a sensational 233 to upstage Ricky Ponting's double ton in the first innings and then took the team over the line with an unbeaten 72 in the second essay.

In normal circumstances, Shankar and Warner would currently be playing in the 13th edition of the Indian Premier League but due to coronavirus pandemic, the tournament was postponed indefinitely by the BCCI.

Shankar would have been targeting a good show in this year's IPL to stake a claim in the Indian squad for the ICC T20 World Cup in Australia. The all-rounder hasn't featured for Team India since leaving the ICC World Cup 2019 mid-way after picking up an injury.