Warner has been going through a poor form with the bat scoring 0 and 2 for SRH in IPL 2021 UAE leg before falling for first-ball duck against New Zealand on Monday. 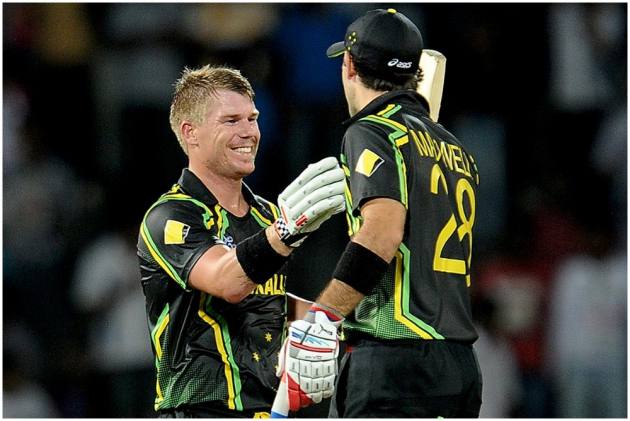 Doubting David Warner ‘is an absolute no-no’, says Australia all-rounder Glenn Maxwell who is confident that the out-of-form opener will turn things around in the ICC Men’s T20 World Cup.

Warner has been woefully out-of-form with his IPL franchise Sunrisers Hyderabad removing him from captaincy in May before dropping him from the playing XI for the second time this year during the second leg.

He scored 0 and 2 in the two games he played for Sunrisers in the UAE which was followed by a first-ball duck for Australia in the warm-up match against New Zealand on Monday. “If you ever doubt Davey, it's an absolute no-no,” Maxwell was quoted a saying by 'ESPNCricinfo'.

“You know he's going to turn it around. He’s a superstar of all three formats. He’s made so many runs. He's going to go down as one of the greats of the game.”

Warner heads into the World Cup having not played an international match in the shortest format for over a year but despite that he has the backing of his teammates including white-ball skipper Aaron Finch.

Talking about Warner's dismissal in the warm-up game, Maxwell said: “Unfortunately, he got Martin Guptill’d yesterday with an absolute hanger. Gup seems to do that a lot against us. Those sorts of things happen when you're searching for it.

“But you know when he gets out there come game time, come the 23rd regardless of what happens in the next practice game, you know he's going to hit the ground running. He's going to be a big player for us.”

Maxwell, who had a good outing with Royal Challengers Bangalore in the recently concluded IPL, feels fellow all-rounder Mitchell Marsh will have a good tournament with the bat and the ball. “I think Mitchell Marsh is going to have a massive tournament. I don't think I've seen anyone hit the ball better, ever.”

“We all gather around his net and just watch him hit the ball. It's been pretty extraordinary to watch him go about his business at the moment. I'd be really surprised if he didn't have a really good tournament.

“He's got his bowling as well. His presence around the group regardless of what he's doing is second to none. He's the guy everyone wants in their team, he's flying at the moment, so I'm expecting him to have a good tournament,” he said.

Australia will open their campaign against South Africa here on Saturday.