While many in the cricket fraternity, including former players, believe it was not a pleasant experience facing Shoaib Akhtar in their playing days, Mohammad Kaif's son feels otherwise. Read Pakistan legend's reaction here 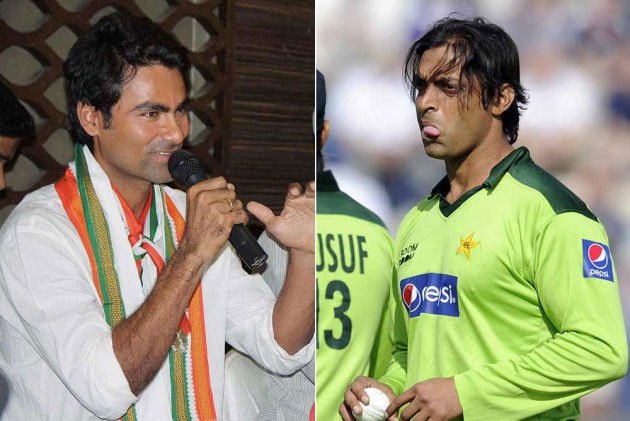 Shoaib Akhtar has proposed a match between his son Mikael Ali and that of Mohammad Kaif, Kabir after the latter said it must have been easy to hit the former Pakistan speedster during his playing days. (More Cricket News)

According to Kaif's son, Akhtar's sheer pace would have instead made it easier for batsmen to score runs.

The highlights of the epic 2003 World Cup encounter between India and Pakistan played at Centurion were broadcast on Tuesday which Kaif also watched with his son.

"Thanks to Star Sports India, finally Kabir gets to relive that historic India vs Pakistan game.

"But junior isn't too impressed with Papa, says hitting Shoaib Akhtar must be easy since there is pace in his bowling. Kids today I tell you...phew!" Kaif wrote on Twitter with a clip of his son's explanation as they watched the highlights of one of the greatest ODI matches.

In reply, India rode on a brilliant 98 from Sachin Tendulkar as they chased down the target with six wickets in hand.

Kaif, in that match, had scored 35 off 60 balls while sharing a 102-run partnership with Tendulkar as India crossed the line with more than four overs to spare.