The India vs New Zealand third T20 at Eden on Sunday has come like whiff of fresh air in the City of Joy. The last time Kolkata hosted a T20 international was in 2018 between India vs West Indies. 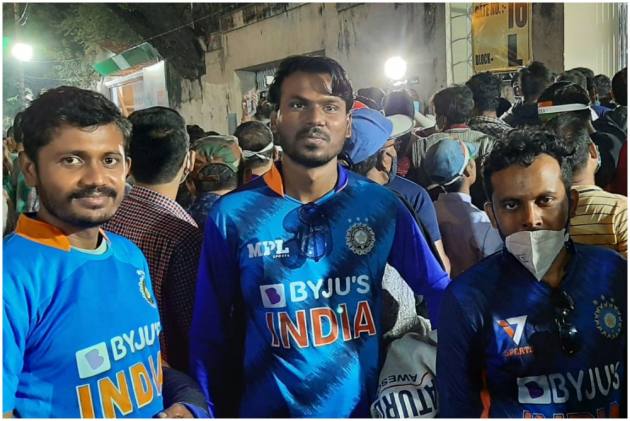 Crowds returned to the iconic Eden Gardens after a hiatus of more than two years as India faced New Zealand in the third and final T20 International in Kolkata on Sunday. India may have won the series already but it did not matter to Kolkata's cricket buffs, who thronged Eden to watch their favourite stars play on a misty evening.

Sohini Mukherjee, a PR professional from Kestopur in the northern fringes of the city, said she had been waiting for a game at the Eden Gardens for a long time.

“Since 2019, Kolkata hasn’t hosted any high-profile matches. This match amidst COVID scare will bring some positivity in the lives of many such sports lovers like me,” Mukherjee, sporting an India jersey, said.

Sunday's game, a dead rubber, held a lot of value for several young players in this new-look Indian team. For skipper Rohit Sharma, Eden has always been a favourite hunting ground and the new T20 captain responded with a half-century.

“We were there when Rohit Sharma scored the majestic 264 not out against Sri Lanka in a ODI at this very ground in November 2014 and he has shone with the bat again today," said Sanjib Saha, who works in the IT sector. 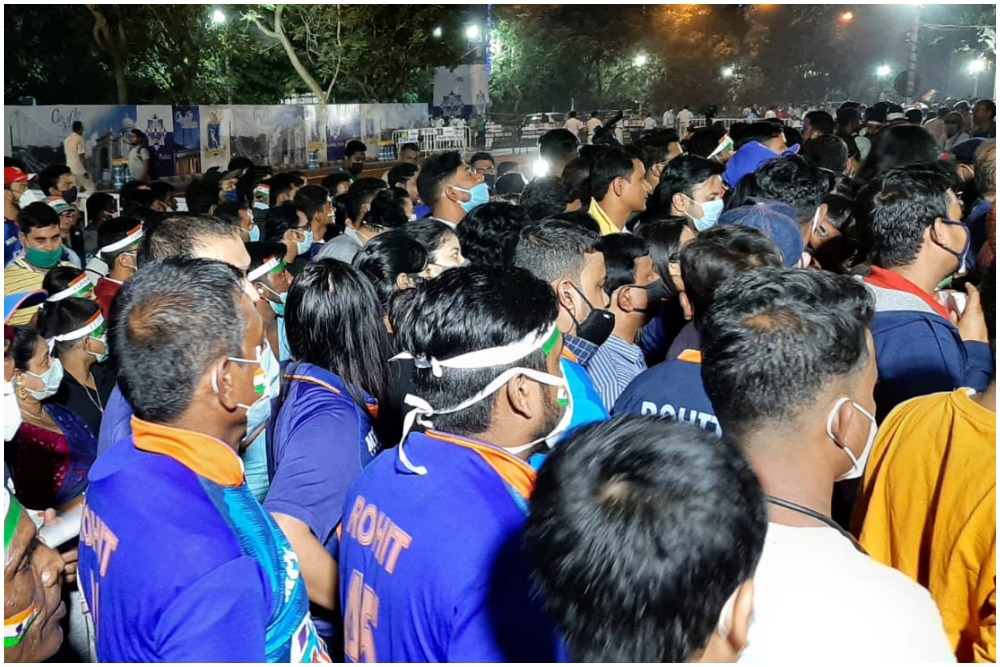 In spite of COVID regulations, fans enjoyed the India vs New Zealand match just like any other game during normal times. (Photo: Koushik Paul)

“It doesn’t matter if this game is a dead rubber. We have come here to support India and enjoy the match. At least if India win here and whitewash the Kiwis, it will bring smiles to lots of faces in Bengal,” said Saha.

Meanwhile, social distancing went for a toss as thousands of fans flocked the stadium. Showing no respect to Kolkata Police’s COVID guidelines, fans were seen sporting India jerseys with the names of Rohit Sharma and Virat Kohli embossed.

Security was tight in and around Eden Gardens as both teams were brought into the stadium through a green corridor – West Bengal Government’s initiative for emergency purposes.