The India men's hockey team will play back-to-back games against lower-ranked Russia in November in the final round of the Tokyo 2020 Olympics qualifiers. Before this crucial tie, the Manpreet Singh-led side will play against Belgium. 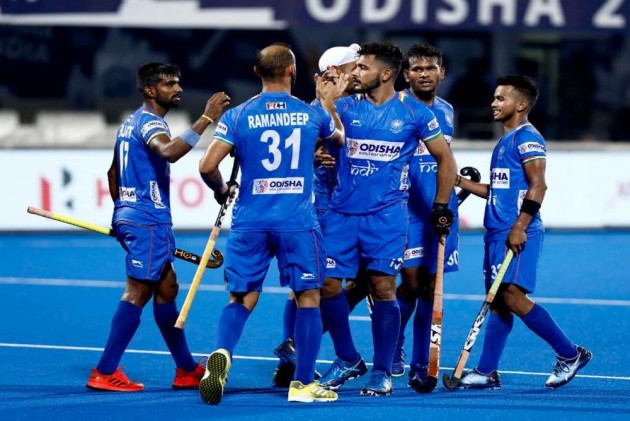 Indian men's hockey captain Manpreet Singh on Tuesday (September 10) said that his team will tour Belgium to prepare for the Olympic qualifiers match against Russia.

In a favourable draw, the Indian men's team was on Monday pitted against lower-ranked Russia in the final round of the Tokyo Olympics qualifiers. The men's team will play back-to-matches against Russia in Bhubaneswar on November 1 and 2 to make it to the Tokyo Games.

"First, we will play with Belgium and there is the (Olympic) qualifying round match later. We should not underestimate Russia as well because they have a very good defence. They also want to qualify for the Olympics," Manpreet said.

Eight-time Olympic champions India are ranked five in the world while the Russians are placed 22 in the FIH world rankings. India had mauled Russia 10-0 during the FIH Series Final in Bhubaneswar earlier this year.

The Indian women's team, on the other hand, has been drawn against United States of America, and the two sides will take on each other on the same dates as men's matches in Bhubaneswar.

Speaking about the preparations, the women's team captain Rani Rampal said, "Our team is very well prepared for that match. We are focusing on how to perform well. Our focus is not on the US team but on us, how better we perform."

Rampal said the fitness of the team was beyond anybody's imagination, which will help them face any team in the world.

"We have been playing together for a quite long time and now we have to implement the coordination in the match as well," she added.

The coaches of the men's and women's teams too were equally excited about the matches lined up till November.

"We will prepare for these games like we prepare for the Olympic Games. So, we are looking forward to a good challenge for us," said men's team head coach Graham Reid.

Women's team head coach Sjoerd Marijne expressed his satisfaction over the fitness of the players.

"The fitness of the girls has improved significantly. They are very fit. It has been a long process but now we are there where we want to be," he said.