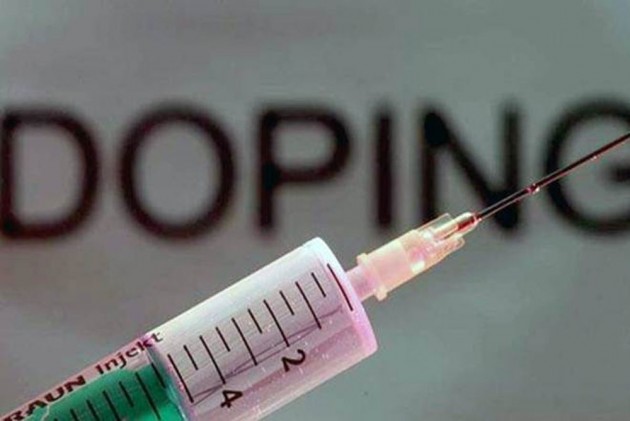 India has pledged USD one million to the World Anti-Doping Agency's scientific research budget, the "highest among contributions made by other world governments."  (More Sports News)

India's donation comes at a time when the country's anti-doping program has been adversely affected by suspension of its suspended National Dope Testing Laboratory, which is to be inspected by WADA early next year.

The proposed funding will allow WADA to develop innovative anti-doping testing and detection methods. The money will also be used to further strengthen WADA’s independent Investigations and Intelligence Department.

According to a statement issued by the Sports Ministry, "India's contribution of is the highest among contributions made by other world governments, including China, Saudi Arabia and Egypt."

The total contribution of all member nations will be matched by an equal sum by the International Olympic Committee (IOC) to create a corpus of USD 10 million.

The release further stated that the decision to build this corpus was made at WADA's Fifth World Conference on Doping in Sport held in Katowice, Poland in 2019. This contribution is over and above the annual contribution made to WADA's core budget by India.

"I am happy to share with you that the Government of India is pledging a 'one-off' financial support of USD 1 million to this WADA Fund for scientific R&D and (I&I) with the hope that this contribution from India will boost the efforts to achieve the target of USD 10 million for this fund," Sports Minister Kiren Rijiju wrote to WADA President Witold Banka.

In a previous meeting with the WADA President, held on September 8, 2020, through video conference, Rijiju had stressed on the need for clean sport and the Indian government's commitment to strengthen the anti-doping programme globally.

He had also requested WADA to lift the suspension on NDTL, asserting that that lab is now compliant with the world body's testing regulations.

WADA thanked India for the contribution.

"This is a massive boost for WADA and for Clean Sport. The agency is grateful to the Government of China, Egypt, India and Saudi Arabia for supporting the protection of sport in this way," WADA chief Witold Banka said.

"These generous contributions can be seen as a strong commitment from these nations and will be put to good use enhancing scientific research, as well as the work of WADA's independent (I&I) department.

"Both areas have delivered significant achievements in recent years and these additional resources will contribute greatly towards WADA's mission for doping-free sport."