Indian Weightlifter Mirabai Chanu Lands In Tokyo Ahead Of Olympics 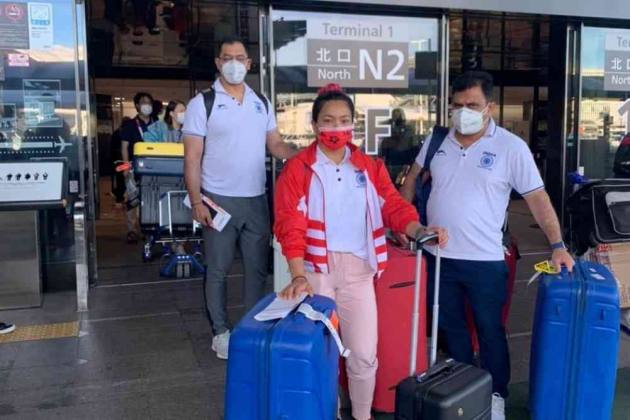 Ace Indian weightlifter Mirabai Chanu on Friday reached Tokyo from her training base in the USA for the upcoming Olympic Games, beginning on July 23. (More Sports News)

Another coach Pramod Sharma and physiotherapist Aalap Javadekar also accompanied Chanu for the Tokyo Games, which was delayed by a year due to the COVID-19 pandemic.

The 26-year-old Indian will be competing in the 49 kg category in her second Olympics.

Chanu, who won gold medals in the 2017 World Championships and 2018 Commonwealth Games in the 48kg category, had a disappointing outing at the Rio Games, faltering in all her three attempts.

India will be represented by a 228-strong contingent, including 119 athletes, at the the Tokyo Olympics, being held under strict health protocols and without spectators in the wake of the raging health crisis.
The first batch of athletes will depart for Tokyo on Saturday from the national capital.

The sailing team has already reached Tokyo after their training in Europe.

The boxers and shooters are due to land in the Japanese capital on Sunday from their respective training bases in Italy and Croatia.