Two of the biggest names in world cricket, MS Dhoni and Virat Kohli, will be pitted against each other when they lead their respective franchises, Chennai Super Kings and Royal Challengers Bangalore, in the first match of IPL 2019 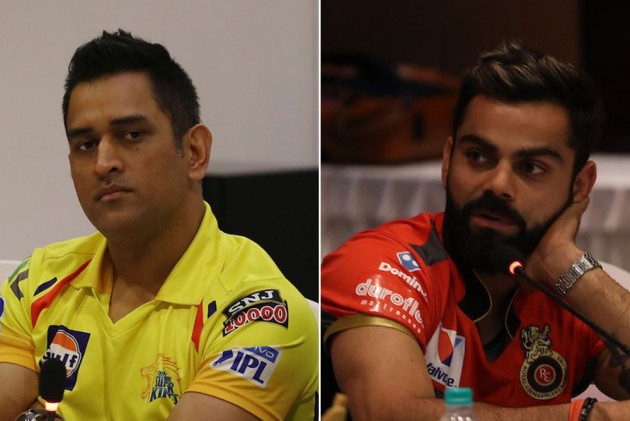 This is the type of fixtures which set the tone for a tournament like the Indian Premier League (IPL), probably the most glamorous cricket league in the world.

Two of the biggest names in world cricket, MS Dhoni and Virat Kohli, will lead their respective franchises – Chennai Super Kings (CSK) and Royal Challengers Bangalore (RCB) against each other when the 12th edition of the very popular Twenty20 cricket league starts on Saturday.

All You Need To Know About The Match:

IPL 2019 Match 1 CSK Vs RCB Preview: It's MS Dhoni Vs Virat Kohli In Battle Of Giants

Head-to-head and other key stats:

- CSK lead the head-to-head record against RCB 14-7 from 22 IPL matches, with one match ending with no result.
- RCB's last win against CSK came during the 2014 season in Ranchi. CSK are on a six-match winning run against RCB.
- MS Dhoni (710 runs in 24 matches) is the only player to have 650+ runs against RCB in IPL.
- Virat Kohli (732 runs in 21 innings) is the only player to score 650+ runs against CSK in IPL.
- Harbhajan Singh has 20 wickets vs RCB in 21 matches. Only Ashish Nehra (23) has picked up more wickets against RCB than Harbhajan.
- AB de Villiers (3953 ) needs another 47 runs to become the second overseas player to score 4000 runs in IPL, after David Warner.
- If Shane Watson plays, it will be his 300th IPL Twenty20 match for the former Australia all-rounder – first from the country.
- Suresh Raina (4985) and Kohli (4948) will fight to become the first player to reach 5000 runs in the IPL.